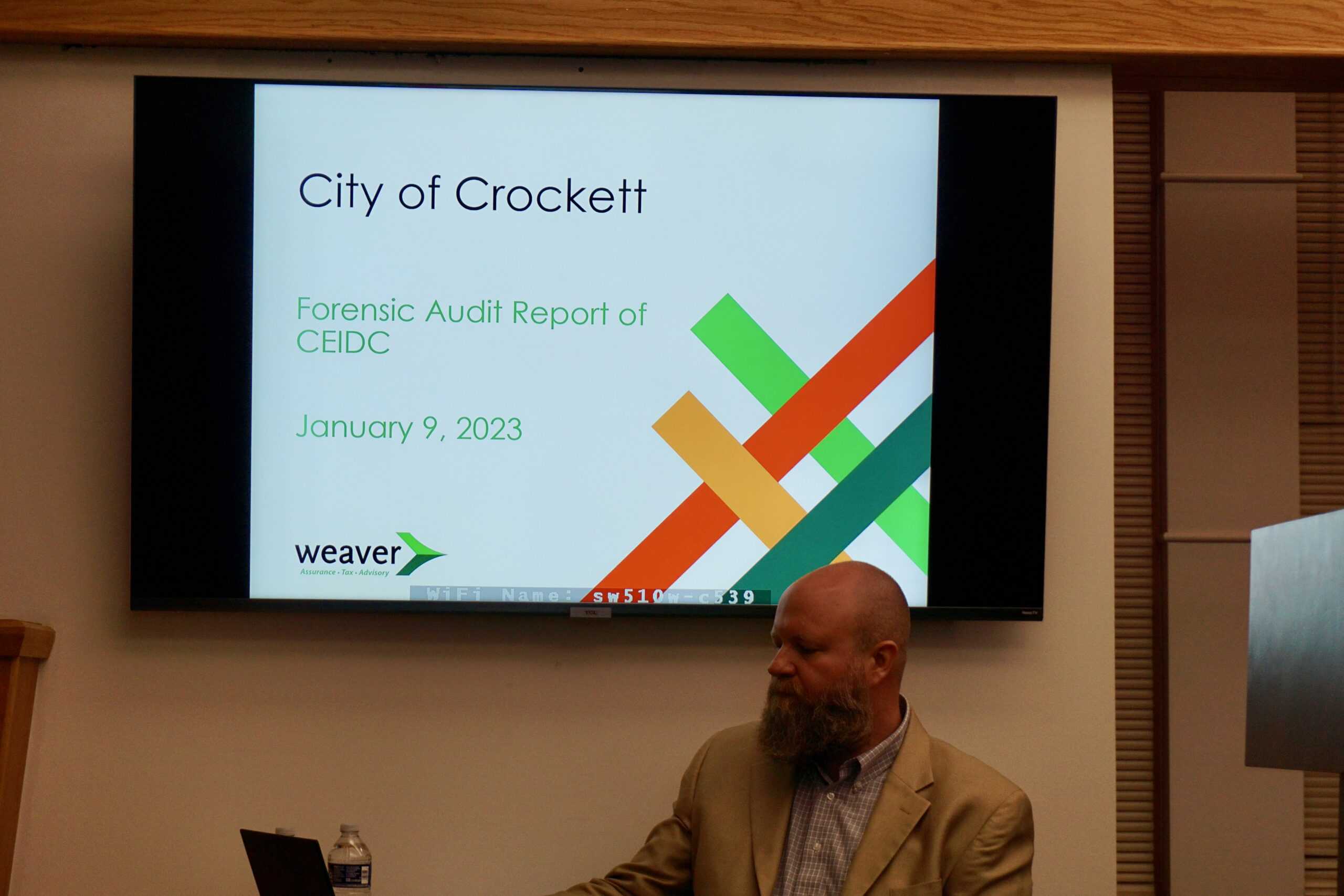 CROCKETT –  The Crockett City Council met in a special meeting Monday, Jan. 9 to hear the results of a multi-month forensic audit of the Crockett Economic and Industrial Development Corporation. (CEIDC) After hearing the results, the council went into executive session to discuss legal matters and emerged announcing CEIDC operations would be suspended pending further investigations.

In a packed, standing-room only meeting, the council heard the presentation of the results of the forensic audit from the Weaver Company, who had been chosen to perform the audit. Travis J. Casner from the Weaver Company’s Forensics and Litigations Services Department started by telling the council how they went about gathering the information in an exhaustive review going back to 2010.

Casner presented several irregularities, from missing bank statements from 2010-2011, no-bid contracts, potential misuse of funds and board meetings not properly announced or published to the public.

Most of what the audit turned up was from many years ago, although there were problems with relatives of James Gentry (CEIDC Executive Director) being paid through CEIDC and not through the city. There was also the question of $8,400 Gentry paid to himself in the form of a bonus, which the auditors could not conclusively determine was approved.

The irregular payments were found to be made after hours when Gentry allegedly logged into the CEIDC accounting software systems and made both payments after 6 p.m. The checks were then cashed, one in September 2021 and the other a month later. Since October is the start of a new fiscal year for CEIDC, it could appear this was done to keep the payments appearing in two separate year’s financials.

Casner told the council there were conflicting reports as to these payments, with several present having differing recollections of what was discussed and no recording or minutes from that portion of the meeting.

Crockett Mayor Dr. Ianthia Fisher was visibly upset with the findings, saying the CEIDC had a restart several years earlier and the opportunity should have been taken to make sure best practices and proper meeting recording procedures were followed.

Fisher told The Messenger, “In terms of a forensic audit, I thought it was so well prepared – knowing how hard it had been to accumulate all the data they needed to access. I thought he (Casner) gave such a clear picture of where the holes were in the system and what should have been worked on.”

Fisher praised the auditing team for not only finding the information needed, but for presenting it in a way which helped the council see where problems lay at CEIDC procedures and practices.

“They showed a real, functional timeline showing how the events affected the budget and other areas,” Fisher said. “There are still questions and investigations to be done.”

The council announced they will suspend operations by CEIDC pending further investigation by the Crockett Police Department (CPD) and possibly others.

“For now, the CEIDC is on hold, until these findings are fully examined – and depending on those findings – will come the final recommendations of what must be done.” Fisher noted. “The CPD will begin the investigation and if they need help, they will probably bring in the Texas Rangers. Their job is to look into the legal ramifications from the findings including violations of the ‘Open Records Act’ looking into their meeting procedures.”

Gentry was present at the meeting but was not available for further comment as of press time. 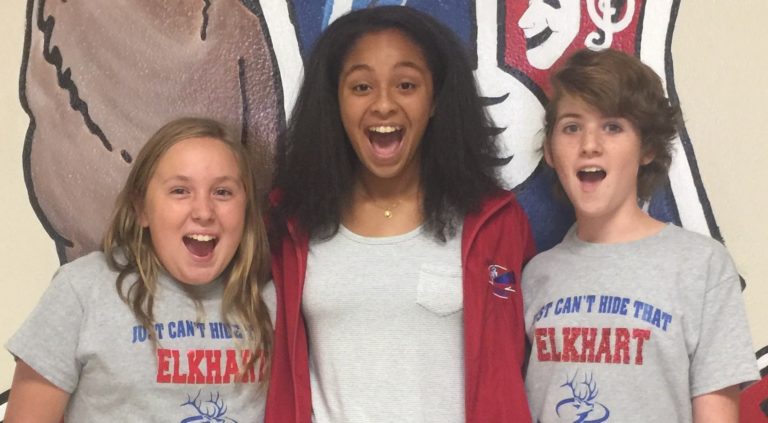 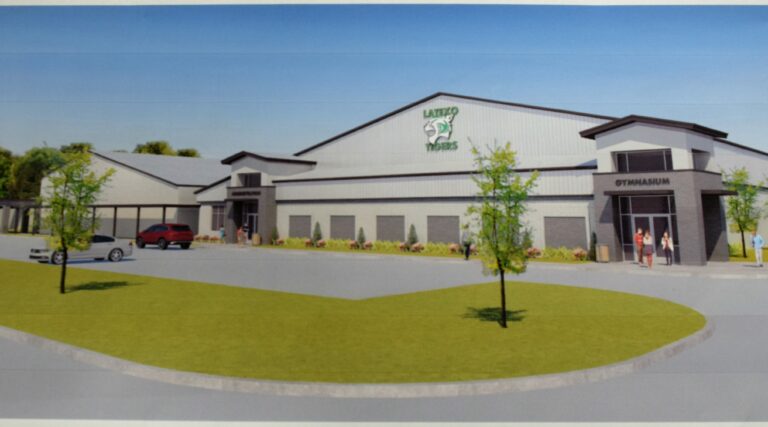 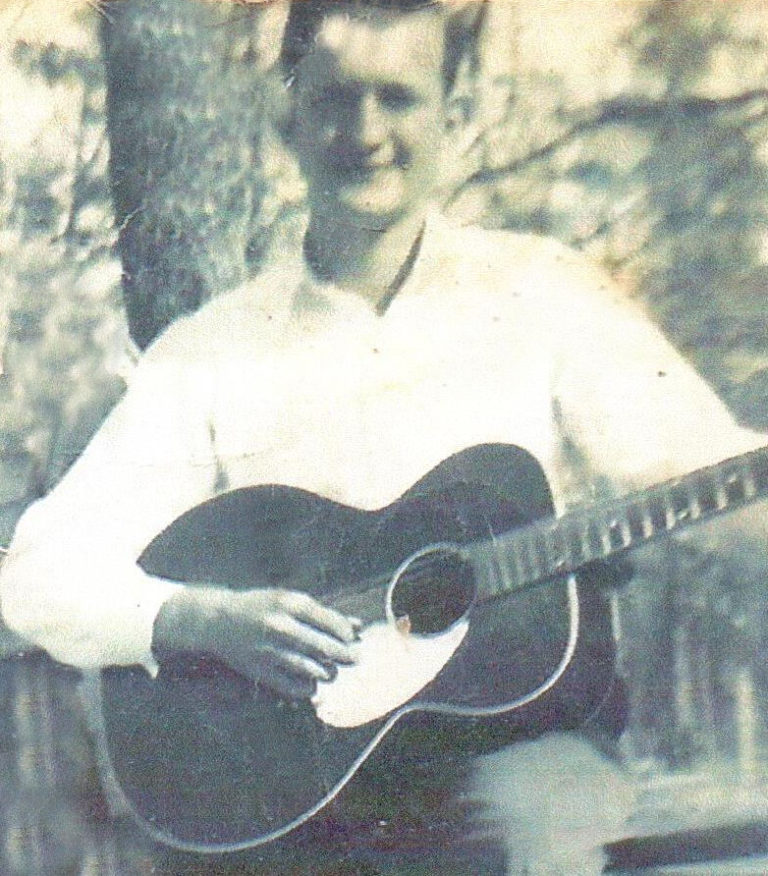 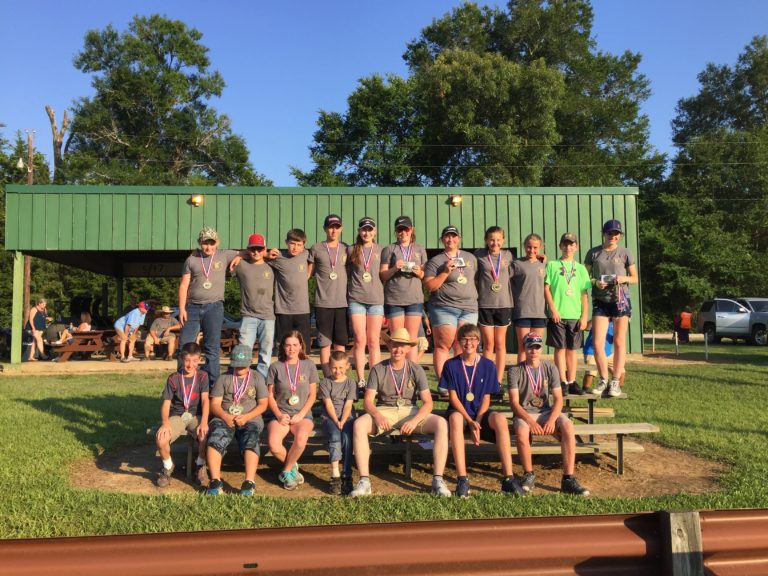 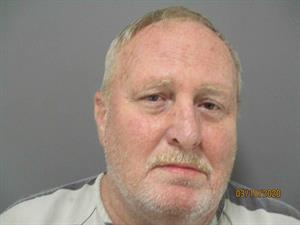