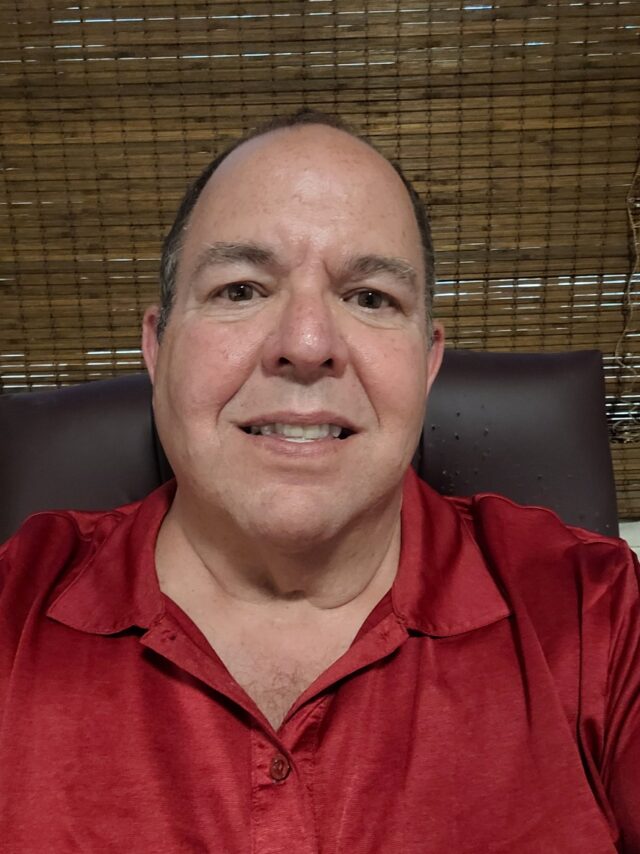 It hurts to say goodbye, but it’s time for me to fly – REO Speedwagon

GRAPELAND – I knew it would happen one day. I’ve simply run out of words. Nearly 12 years ago I started with The Messenger Newspaper and after slightly less than 10,000 articles, I’ve decided to resign my position with the paper.

First, I would like to thank the readers who have put up with me over the last decade plus. I would also like to especially thank the late Tom Nicol, who gave me a chance, oh so many years ago. I would also be remiss if I didn’t extend a special thank you to Kay Boothe who helped me to hone my craft and challenged me to become a better writer. I also want to thank Kelly and Toni Nicol who, for whatever reason, decided I was worth keeping when they took over the newspaper.

They will always hold a special place in my heart.

Other comrades-in-arms, like Nicole Langston and Cheril Vernon, helped make my words dance on the page with their design and layout of the paper. They also became my friends and confidantes, a rare quality these days. Thank you and I love you.

Some of my colleagues, like Rachel Riley, Chris Boothe, Sarah Pegues Naron, Teresa Holloway, Will Watson and Jason Jones were not just co-workers, they also became my friends or saw old friendships deepen along the way.

While it was never a competition, they challenged me to become better.  They were, or still are, great writers/journalists. I knew if I wanted to keep up with them, I had to bring my “A” (or at least B+) game on a daily basis. I may have never expressed it, but I owe each and every one of you a debt of gratitude.

I also want to say thank you to Ansel Bradshaw for his support and friendship throughout the years. A big thank you also goes out to Sharon Anderson, Lesia Rounsavall, Kayla Mendez and Megan Allison for helping with story ideas, being a sounding board and for being the first line of defense when someone called with a complaint about something I had written.

Before I forget, I would also like to wish the new guy, Greg Ritchie, the best of luck as he moves forward in his role as reporter with The Messenger.

It’s been a wild ride over the last decade or so. I’ve seen triumph and tragedy, along with everything in between.

Some of the stories I had the opportunity to cover were really pretty cool and I would have never had the opportunity to do so without working for The Messenger. For instance, I was able to witness a pair of ceremonies hosted by the government of France, where three residents of Houston County were knighted.

Before I go any further, there’s something you should know, if you don’t already. When a story allowed for it, I always tried to inject a little humor into the mix. Either through musical or pop culture references, I tried to have fun. None of the headlines or stories were written with malice and quite a few wound up being cut.

One headline in particular, which I believe should have won an award, never made it to print. The story involved two brothers, a woman and a garden hoe. Long story short, what happened was the two brothers got into a fight over the woman. One brother picked up the garden hoe and hit the other brother with it. The headline my colleague Sarah Naron came up with was “Hoes Before Bros.” It never saw the light of day.

Staying with crime for just a moment, I had the opportunity to cover some criminal cases from the commission of the illegal act to its inevitable conclusion. Take the Lovelady State Bank robbery for example. I was fortunate enough to follow that particular crime from shortly after the bank heist itself to when the defendants were found guilty in a Houston County courtroom.

Those type of stories gave me quite a bit of insight into how the criminal justice system actually works, and in a few instances, why it doesn’t.

Articles on local government also gave me a better understanding of how city councils, school boards, commissioners courts and other special purpose governmental entities actually function. If you ever want to understand the inner workings of how your tax dollars are spent, go to a few of those meetings.

You will be amazed at the different areas of responsibility your elected officials have and how they determine what is or is not a priority.

Let’s change gears for a minute. Covering sports was always a thrill and I was very lucky to be in Houston County during my tenure. I was able to see several teams make it all the way to State Championships.

The Slocum Lady Mustangs and Slocum Mustangs brought home the gold in softball and baseball, respectively. The Grapeland Sandiettes and Sandies came within seconds of winning it all in basketball. The Kennard Tigers almost brought home the championship in baseball and just this year, the Lovelady Lady Lions came oh so close to claiming the title in softball. Along the way, the Crockett Bulldogs won a state championship in track and field.

While it isn’t a sport, the Latexo Tigers also showed their competitive fire as they have dominated the UIL math competition over the last decade. The Tigers have now won the Class 2A Mathematics State Championship an astounding 10 consecutive years. I’ll go out on a limb and say it would have probably been 11, if COVID-19 hadn’t wiped out the competition in 2020.

When I started to write this, I thought it might be difficult. Although, as the letters began to appear on the screen, the memories of my time with The Messenger came flooding back. It seems I could go on forever, but now, it’s time to fade away.

Saying goodbye is hard. Sometimes, however, it’s just time to turn the page and start a new chapter in the book of life. Thank you again for allowing me to bring you the news and sports for the last decade or so. It’s been a blast.