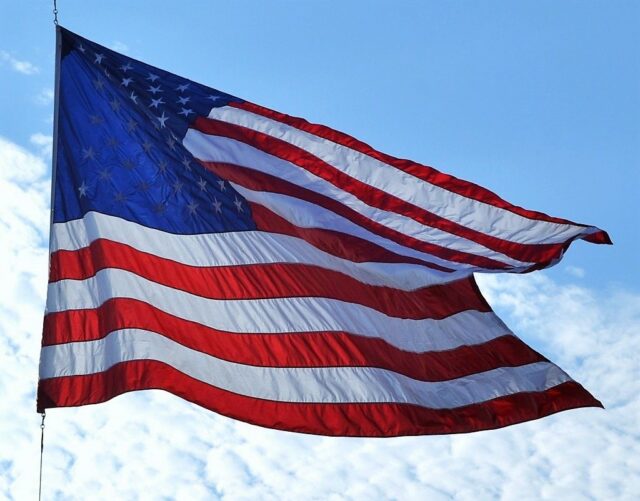 EAST TEXAS – On Tuesday, June 14 the United States will pause to recognize “Old Glory” on Flag Day and what it stands for.

Celebrated every year on June 14, Flag Day commemorates the adoption of the United States flag by a resolution of the Second Continental Congress on June 14, 1777, according to Marc Leepson in his book, “Flag: An American Biography.”

The 1777 Flag Resolution stated: “Resolved, that the flag of the thirteen United States be thirteen stripes, alternate red and white; that the union be thirteen stars, white in a blue field, representing a new constellation.”

The design was created by Francis Hopkinson, a Continental Congressman from New Jersey, Leepson stated in his book. Hopkinson was also a consultant for what came to be the Great Seal of the United States.

Two years older than the flag, the United States Army also celebrates its birthday on June 14. The Army was officially organized as a military branch of the government when the First Continental Congress designated it as the American Continental Army on June 14, 1775.

According to an article by Jenny Cohen on the www.history.com website, “Bernard Cigrand, a small-town Wisconsin teacher, originated the idea for an annual flag day, to be celebrated across the country every June 14, in 1885. That year, he led his school in the first formal observance of the holiday. Cigrand, who later changed careers and practiced dentistry in Illinois, continued to promote his concept and advocate(d) respect for the flag throughout his life.”

It wasn’t until 1916, when President Woodrow Wilson issued an official proclamation which established June 14 as Flag Day. Thirty-three years later, – on Aug. 3, 1949 – National Flag Day was established by an Act of Congress.

While Flag Day is not an official federal holiday, Title 36 of the United States Code, Subtitle I, Part A, CHAPTER 1, § 110[6] states it left to “… the president’s discretion to officially proclaim the observance.”

Pennsylvania became the first U.S. state to celebrate Flag Day as a state holiday, beginning in 1937, in the town of Rennerdale.

While the flag has seen its star pattern redesigned as more states were admitted to the US, the last redesign of the flag is credited to a high school student from Ohio.

In her previously cited article, Cohen wrote, “In the 1950s, when it seemed certain that Alaska would be admitted to the Union, designers began retooling the American flag to add a 49th star to the existing 48.”

“Meanwhile,” she continued, “a 17-year-old Ohio student named Bob Heft borrowed his mother’s sewing machine, disassembled his family’s 48-star flag and stitched on 50 stars in a proportional pattern. He handed in his creation to his history teacher for a class project, explaining that he expected Hawaii would soon achieve statehood as well.”

Heft also sent the flag to his congressman, Walter Moeller, who presented it to President Eisenhower after both new states joined the Union, Cohen explained in her article.

“Eisenhower selected Heft’s design, and on July 4, 1960, the president and the high school student stood together as the 50-star flag was raised for the first time. Heft’s teacher promptly changed his grade from a B- to an A,” she stated.