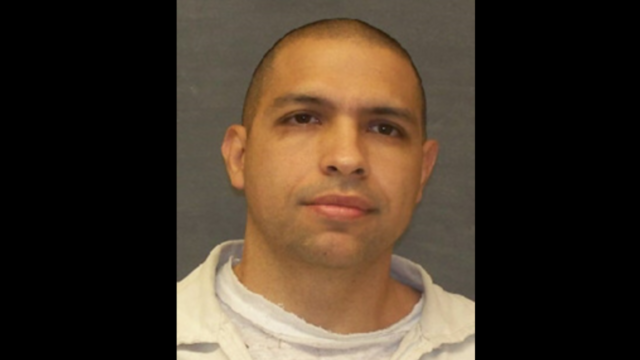 Details on the search for Lopez had been few and far between in recent days, but on Thursday, the Texas Department of Criminal Justice (TDCJ) reported, “While investigating leads inside the search perimeter, law enforcement agencies received a call from an individual who had become concerned after not hearing from an elderly relative. Law enforcement officers responded to the residence and discovered the bodies of two adults and three children. A 1999 white Chevrolet Silverado, license plate DPV4520, was missing from the residence. It is believed that escaped inmate, Gonzalo Lopez, may be driving the vehicle and may be armed.”

The report was later corrected to state, “The victims included one adult and four minors. Law enforcement remains on scene and continues to process incident information.”

Shortly after releasing the statement on the murder victims, TDCJ Chief of Staff Jason Clark reported, “Law enforcement in Atascosa County located the stolen vehicle, disabled it with spike strips and gunfire ensued. At approximately 22:30, the TDCJ received information that Lopez had been shot by law enforcement in Jourdanton, Texas, south of San Antonio.”

Concerning the murder victims found in Centerville, the TDCJ Chief of Staff indicated it was his belief they arrived Thursday morning at the cabin, which they owned, and were believed to have been killed Thursday afternoon. Authorities don’t yet know whether Lopez had been staying in the cabin or if he ambushed them upon their arrival, Clark said.

“We are very saddened that the murders happened but I will tell you that we are breathing a sigh of relief that Lopez will not be able to hurt anybody else,” Clark said late Thursday.

The saga began on May 12, when Lopez commandeered a TDCJ transport bus, stabbed a corrections officer and fled on foot into a wooded area near Highway 7 west in Leon County, approximately 1.5 miles from Interstate 45.

It ended on June 2, after Lopez is suspected of killing at least five people before being gunned down himself.