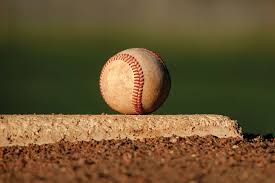 GRAPELAND – The Grapeland Sandies are headed to the Class 2A UIL playoffs as the #2 seed out of District 21-2A and will face the Douglass Indians beginning on Friday, May 6.

Prior to taking on the Indians, the Sandies had scheduled a warm-up game against the Axtell Longhorns. The game was held last Friday in Grapeland and despite their success in one-run games this year, the Sandies received a dose of their own medicine as they fell in extra innings by a score of 8-7.

The Sandies jumped out to an early lead as Jason DeCluette drove in Peyton Prater with a sacrifice to put the Grapeland squad up 1-0 after the first inning.

The Horns battled back to tie the score in the top of the second when Grapeland pitcher Cole Goolsby balked in Axtell’s Tanner McAnnich.

The score remained knotted at one until the bottom of the fifth, when the Sandies exploded for four runs. Jace Elliott led off for Grapeland and drew a walk. He moved to second on a Kacin Salmon sacrifice and took third when Prater hit a grounder that was mishandled in the infield.

Jax Vickers followed with a bunt single to drive in Elliott while Prater motored over to third on the play. Goolsby was up next and came through in the clutch with a double to center to knock in Prater and Vickers, making the score 4-1.

A pair of wild pitches allowed Goolsby to cross the plate and at the end of five, the Sandies had a 5-1 lead.

Once again, Axtell battled back to cut the lead to one.  Remington Regian led off the top of the sixth, drew a walk and moved to third when Kingston Regian singled. McAnnich grounded out to short, but on the play R. Regian was able to score.

A passed ball moved K. Regian to second and a fielder’s choice moved him to third. On the play, Jordan Ketcher was called safe at first. Goolsby struck out the next batter he faced, Jordan Davis, but on the next pitch, K. Regian stole home while Ketcher slid safely into second.

That was all for Goolsby as Elliott came on in relief. A wild pitch moved Ketcher to third and he also stole home to make the score 5-4. Elliott eventually coaxed Brandon Klanika to ground out back to the mound to end the inning.

Grapeland got an insurance run in the bottom of the sixth when Salmon sacrificed Vaden in from third. The Sandies would need that run as Axtell came back in the seventh to cross the plate three more times and take a 7-6 lead.

In the bottom of the seventh, Grapeland would come back to tie it and send the game into extra innings. Goolsby led off with a walk and moved to second on a DeCluette ground out. He then stole third and crossed the plate on a wild pitch.

That was all the scoring, however, until the top of the ninth. Horn singled to open the inning and moved to second on the throw. A wild pitch moved him to third and when K. Regian flew out to right, Horn was able to tag up and score to give the Horns an 8-7 lead.

In the bottom of the ninth, the Sandies looked as if they might pull out yet another come-from-behind win. Goolsby and DeCluette both walked to open the bottom half of the frame.

After the walk to DeCluette, Justin Manning was relieved on the mound by Jayme Wooley. Wooley struck out Johnny Lamb for the first out but with Slade Harris at the plate, he uncorked a wild pitch to move up the runners.

With only one out and the winning run on second base, Grapeland was poised for the comeback win. Wooley, however, had a different plan as he struck out Harris for the second out and then fanned Vaden to end the threat and give the Horns a hard-fought 8-7 win.