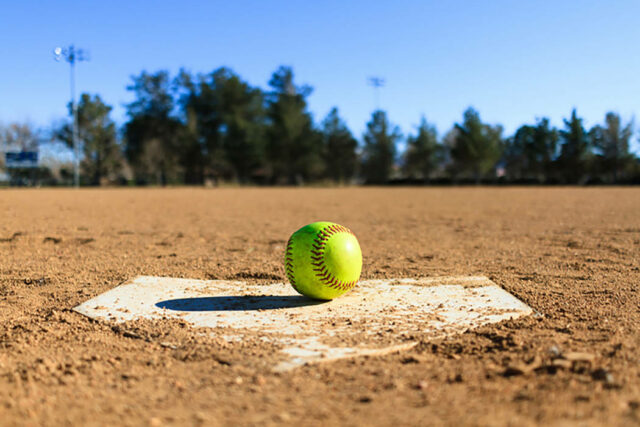 JEWETT – The Grapeland Sandiettes hit the road on Monday as they traveled to Jewett for a District 25-2A matchup against the Leon Lady Cougars.

The Sandiettes looked to get back to their winning ways and pick up their first district win of the season while the Lady Cougars were also hoping to break out of a recent skid.

The Sandiettes took the early lead only to see the Lady Cougars score three runs in the fourth and three runs in the fifth to take a 6-5 lead. Grapeland plated three in the sixth to make it 6-5 but that was as close as they would get as Leon held on for the 7-5 win.

A quiet second gave way to the third where the Sandiettes took the early lead. A walk was followed by a double to plate one run while an error in the infield allowed another run to cross the plate, making the score 2-0 in favor of the visiting Grapeland squad.

The score remained that way until the bottom of the fourth when the Lady Cougars put a three-spot on the board to take a 3-2 lead. In the fifth, Leon tacked on three more to push the lead to 6-2.

In the sixth inning, the Sandiettes staged a rally. A walk, back-to-back singles, a double and another single closed the gap to 6-5. Grapeland had the bases loaded with two outs and was poised to take the lead but a fly ball out ended their chances.

The Lady Cougars added a run to their lead in the bottom of the inning and then held the Sandiettes scoreless in the top of the seventh to secure the 7-5 win.

Sandies Stampede Past Mustangs, 58-22
On a Hot Summer’s Night …
Mustangs Reach Regional Quarterfinals
Please follow and like us: