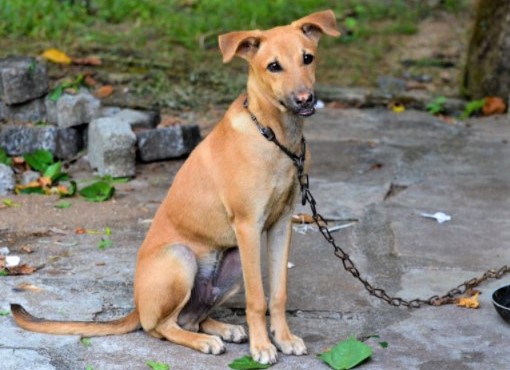 EAST TEXAS – On January 18, it became illegal for Texas dog owners to chain up their pets outside. Gov. Greg Abbott signed a law in October to help ensure more humane care for companion animals. Violations are considered a Class C misdemeanor punishable by a fine up to $500, according to the bill.

The Safe Outdoor Dog Act (or Senate Bill No. 5) bans the use of chains for tethering dogs outside and mandates necessities such as shelter, shade, and clean water, as well as the ability to avoid excessive animal waste and standing water. Under the new law, dog owners may only use humane tethers such as trolley systems or ziplines and all allowable tethers must be attached to a properly fitting collar or harness.

Dog collars must be made of “material specifically designed to be placed around the neck of a dog,” though it does not specify which materials. Restraints must also be no shorter than five times the dog’s length. The law also stated dogs must have shelter from “inclement weather,” which includes rain, hail, sleet, snow, high winds, extremely low temperatures, or extremely high temperatures.

Another significant difference is the timing of when law enforcement can get involved. Before the law went into effect, violators typically were given 24 hours to correct a situation. Now, animal control can act immediately. The law makes it much easier for animal control to take care of an animal in a dangerous situation.