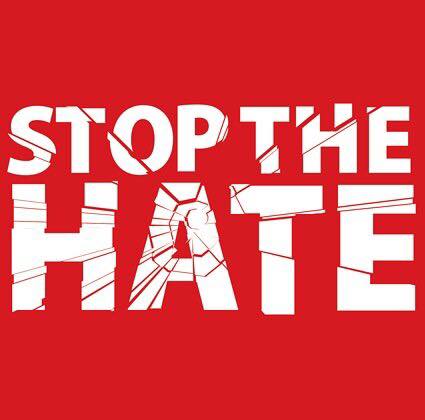 PALESTINE – It is a sad reflection on our society that certain groups of people choose hate over love, violence over peace and crudity over civility.

Regrettably, this type of conduct is becoming more frequent and on Friday, Jan. 14 this behavior reared its repulsiveness behind the Pine Curtain.

On Friday, Jan. 14, at approximately 12:30 pm, officers with the Palestine Police Department received several calls regarding a protest near the Reagan Park area.

According to an official statement from the Palestine Police Department, when the officers arrived at the location, they observed “… members of an anti-Semitic group with signs and banners near the intersection of Crockett Rd. and E. Park Ave.”

The law enforcement officials made contact with the group and expressed while they had the right to peacefully assemble “… they could not be in the roadway and offensive or derogatory language would not be tolerated.”

The police remained on the scene to monitor the situation. A short time later the group disbanded and left the area.

Once the group had dispersed, Palestine Police Chief Mark Harcrow stated, “We do believe this group is not local and traveled to Palestine. We do not believe any of the group were members of our community. We appreciate our citizens for remaining calm and handling this situation with such professionalism. Hate has no place in our community.”