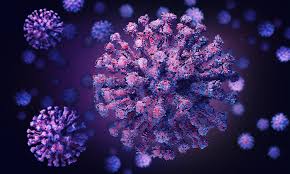 EAST TEXAS – In a Jan. 11 article published by Reuters, it was reported, “The United States reported 1.35 million new coronavirus infections on Monday, the highest daily total for any country in the world as the spread of the highly contagious Omicron variant showed no signs of slowing. The previous record was 1.03 million cases on Jan. 3.”

The article, written by Lisa Shumaker, went on to state, “The record in new cases came the same day as the nation saw the number of hospitalized COVID-19 patients also hit an all-time high, having doubled in three weeks.”

Across the state of Texas, the Texas Department of State Health Services (TxDSHS) reported 59,268 newly confirmed cases of COVID-19 along with 117 related fatalities, on Thursday, Jan. 13.

In addition, the TxDSHS indicated on Jan. 13, there were 313 estimated, active cases in Houston County with approximately 2,895 people who have recovered. There have also been 91 reported deaths. On Jan. 6, there were 195 active cases and 91 deaths.

Meanwhile, in Anderson County, it was announced on Thursday, Jan. 13 the county had a total of 797 active cases. There have also been 5,634 recoveries and 115 reported deaths. On Jan. 6, there were 365 active cases and 114 deaths.

The Messenger first started tracking the spread of the virus in the East Texas area on Wednesday, March 25, 2020 of last year. At that time, TxDSHS reported 974 confirmed cases of the Coronavirus Disease and 12 deaths throughout the Lone Star State.

Moving to the national stage, according to the Centers for Disease Control and Prevention (CDC), along with the World Health Organization (WHO) and the Johns Hopkins Center for Systems Science and Engineering (CSSE), as of Jan. 14, across the US there have been 64,321,367 confirmed cases of COVID-19 – an increase of 5,718,370 from Jan. 6.