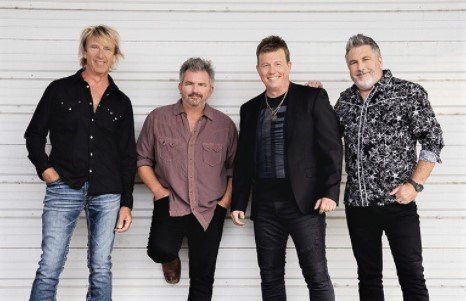 CROCKETT – America was absolutely “Amazed” in 1999. Lonestar released the aptly named single that year, and the song went on to make a major impact on music in multiple genres. It was one of those rare songs; It was entirely possible to hear the song playing simultaneously on multiple country stations as well as any number of pop stations, an achievement rarely reached in music.

On January 22, the band responsible for that phenomenon will take the stage at the Crockett Civic Center to deliver a steady string of chart-topping music.

Lonestar began in 1992 as a band named Texassee. The name was derived from the fact that all five members were natives of Texas, and met in Nashville, Tennessee’s Opryland USA theme park.

Lonestar found success out of the gate with their self-titled 1995 debut, which spawned the hit “Tequila Talkin'” along with “No News.” Other honors soon followed. The band has won many of music’s top honors, including Academy of Country Music awards for New Vocal Group in 1996, and Single and Song of the Year in 2000, along with Humanitarian of the Year in 2002. They also won Country Music Association’s Vocal Group of the Year and International Artist Achievement award in 2001. All told, Lonestar has sold more than 10.5 million records since their formation.

As with many musical acts, the group has undergone several lineup changes, but appears to be on top of its game. The most recent addition to Lonestar is lead vocalist Drew Womack, the formerly of Sons of the Desert. Womack, who joined the group in early 2021, also put his own soulful spin on the songs, and brought his deep experience recording session and lead vocals to the studio process.

The vocalist is also no stranger to chart success. He co-wrote Kenny Chesney’s first No. 1 hit, “She’s Got It All,” while his former band, Sons of the Desert, also had multiple country hits in the ’90s and collaborated with Lee Ann Womack on her crossover hit “I Hope You Dance.” Drew Womack also has deep personal and professional ties to his new band; Sons of the Desert crossed paths with Lonestar many times, even opening shows for them early on.