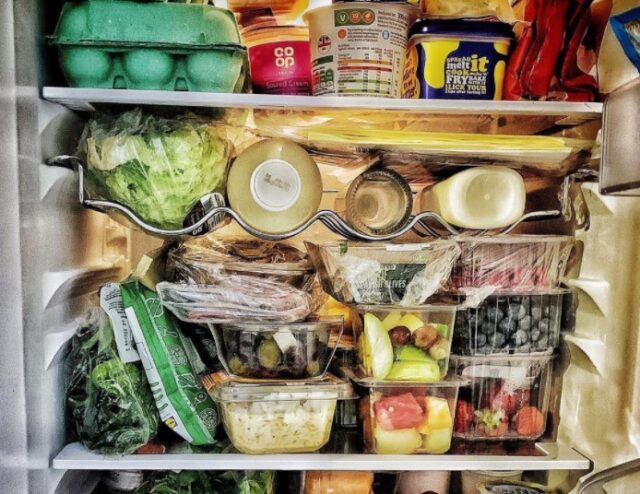 EAST TEXAS – Everyone showed up, covered dishes in hand, and sat down to a great afternoon of feast and fellowship. Thanksgiving is always a wonderful event to enjoy.

But all those leftovers must go somewhere, preferably somewhere refrigerated, because the plate of leftovers is often as good or better than the first round.

A refrigerator, stuffed to the brim with holiday leftovers, is not a new thing. And while the terminology may very well not be unique to the masses, I had never heard the term prior to this year’s Thanksgiving aftermath. My wife, while finding a way to make everything fit, coined a new term at our house: Tetris Fridge.

For those not in the know, Tetris was a video game. It came out in 1984 and consisted of falling blocks that the player could move laterally and manipulate in order to create completed rows that would disappear and add to the player’s score. As of 2011, the game had sold over 200 million copies worldwide.

Personally, I was terrible at it. Apparently, I haven’t improved with age.

Prior to the preparation of our Thanksgiving spread, the refrigerator was pretty full. It was manageable, albeit frustrating. Most of my trips to the fridge came with a set of instructions from my wife detailing the items I was not to touch… which made up the bulk of what the fridge held.

Thanksgiving evening, however, left our refrigerator looking like a can of biscuits that had just been whacked on the counter. It was busting at the seams.

My wife is pretty amazing at organizing things and making them fit in far less space than is available. She took enough food for two refrigerators, and carefully wrapped or covered everything so that it could be stacked or squeezed into whatever space was available. There was everything behind those doors except for air.

Please allow me to note, with much enthusiasm, that the photo accompanying this article is not of my own refrigerator. I dug it up from the technosphere. There are no circumstances where my wife would find it acceptable to publish a photo that many people who are the kings or queens of their kitchen would equate to photographing them in their winter underwear. “It’s necessary, and I like it, but nobody needs to see it.” That sort of thing.

At any rate, after uttering things like “I ate too much” and “I’m not eating again until next week,” I took a nap. When I awoke, a mere two hours later, I found myself thinking “there are leftovers in the fridge,” so I headed to the kitchen.

It was at this point that I opened the stainless-steel clad door and remembered the term my wife had used. Tetris Fridge is real. Now I must navigate it.

There was a day, maybe twenty years ago, when I would have simply removed everything, scooped out what I wanted, and made the attempt to put it back. Today I am older and wiser. I removed each piece individually, made a mental note of where it went, even drew myself a mental picture at one point, scooped what I wanted, then carefully returned it to its rightful place. Occasionally the chore required removing two items, due to proximity or order of stacking or any number of other reasons, but I made certain not to overstep the boundaries of my skillset.

Sadly, it made no difference. Even removing only one dish at a time left me vulnerable to the fact that I don’t have the refrigerator packing skills possessed by the woman I love. I am, however, a man. Subsequently I do not possess the ability to do anything other than get it close and then lean against the door until it shuts. In retrospect, I probably should have asked her for help.

We survived, though. With the help of my visiting adult children, one of which is now big enough to have an aerial view of my receding hairline, we made quick work of the leftovers.

Now I can find the ketchup and salsa.

I hope everyone enjoyed their Thanksgiving. May the rest of your holiday season be filled with family, friends and good cheer.