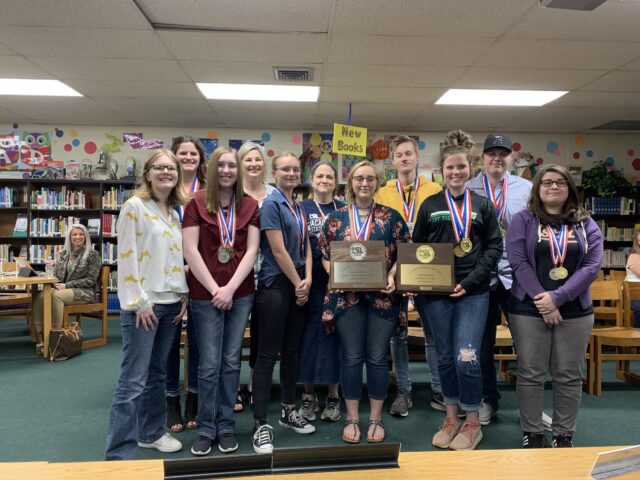 LATEXO – During the Latexo Independent School District Board of Trustees meeting held on Thursday, May 9, STAAR test results and UIL accomplishments were highlighted.

During the Elementary report, Principal Sandi Simpson reported a program known as iEngage would be giving a presentation on Friday, May 10 at the Latexo Community Center at 2 pm. The program teaches children about civic action and political participation.

Simpson also provided the board with the results from the first administration of the fifth grade math and English scores. In math, she reported 100 % of the students scored “approaches grade level”; 78 % “meets grade level”; and 56 % “masters grade level.”

It was also noted, Current Issues team member Taryn Curless would be competing in the UIL State speaking competition later this month.

The board was also informed the high school curriculum would also offer college-level chemistry.

Following the officer selection, the board was provided with the second reading of Policy Update 112 was provided and consent agenda items were approved.

New hires were also approved by the board. These included: Madison Dunn in agricultural sciences; Heather Pierce, RN as the school nurse; and William Dugat as the Dean of Students.