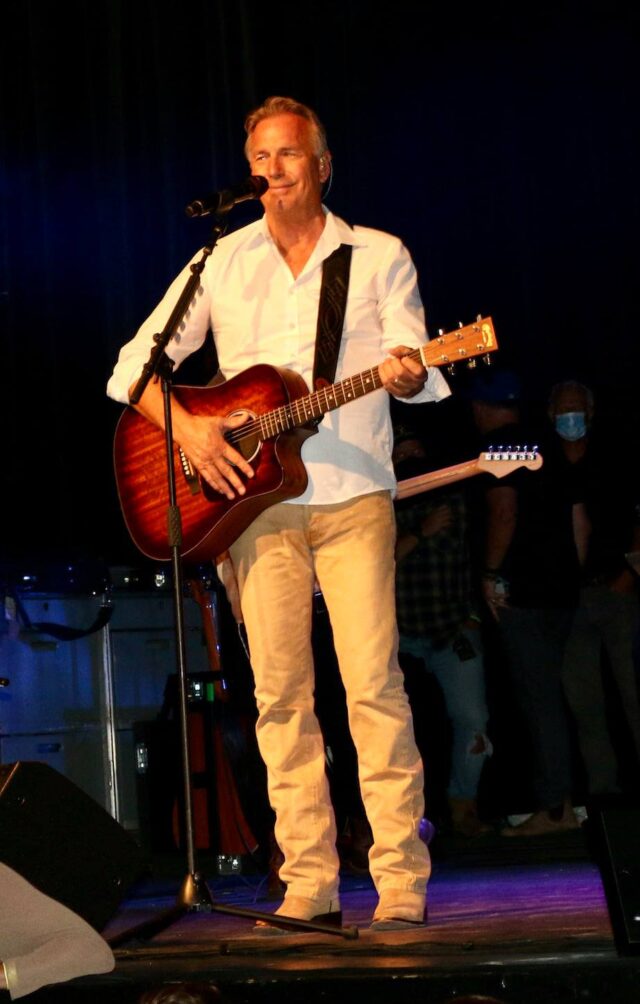 CROCKETT – Kevin Costner and his band, Modern West, as part of its Tales of Yellowstone tour, performed at the Crockett Civic Center, Crockett, TX on Friday, Aug. 27, 2021, drawing a sold-out crowd. Crockett was one of eight cities on the 2021 tour, thanks to Piney Woods Fine Arts executive director, Ann Walker, PWFAA staff and its board of directors.

Audience members from near and far attended the sold-out show, including folks that traveled from Louisiana, Florida, Colorado, Mississippi, Arkansas, Nevada and Pennsylvania.

Kevin Costner & Modern West performed original music from their latest album, Tales of Yellowstone. Walker asked him to describe his music and he describes their music as Americana. Costner wrote on his Instagram account: “This project was really special to me and the band—a chance to get into the mind of John Dutton, my character on Yellowstone, and express his emotions musically”. Costner also performed “The Angels Came Down”, dedicating the song to the 13 fallen soldiers killed in Afghanistan.

Costner wanted to thank all the people that came out to see him perform, stating most people don’t know that he has a band and performs. Costner was a very gracious performer and quite the showman.

Prior to the show Costner asked Walker to take him on a tour of Crockett. He received a personal tour of the Houston County Visitor Center and Museum, guided by Dorothy Harrison. He was very impressed with the statue of Lightnin’ Hopkins on Camp Street and he was extremely interested in the history of Crockett. Costner is very much a history buff and he was specifically interested in East Texas Native American history and the raids that took place in and around Houston County. Costner also asked about high school football in Crockett.

Beth McFadden attended the concert saying afterwards, “It was amazing! The folks of Piney Woods Fine Arts have created a showcase of talent that has made Crockett Texas a destination”.

New Details Emerge in Drug-Related Death
Pat Dickey Appointed to HCHD Board of Directors
Water, Water Everywhere but Nary a Drop to Drink