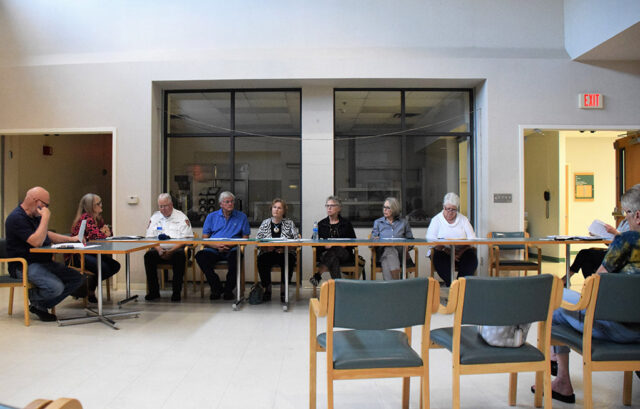 HOUSTON COUNTY – The Houston County Hospital District (HCHD) Board of Directors met in a regularly scheduled meeting on Tuesday, July 20 highlighted by discussions on payments and negotiations.

Following the disposal of routine, procedural matters, HCHD President Barbara Crowson indicated she recently received a bill dated from January of this year.

“This bill occurred on or about the time (former HCHD Board Member) Erin Ford was working on the SlapSale (online auctions) for surplus goods at the hospital we could get rid of. This company was helping with that,” Crowson said.

She explained this process had started under the HCHD Administration of Dr. Bob Grier when a list of assets was started by Glenn Lehman.

Crowson said a gentleman named Paul Torres had been asked to complete the inventory. She indicated there was some confusion about payment for the completion of the asset inventory. Crowson said those former HCHD members involved with this project were under the impression that the cost had been was completely paid.

However, Crowson went on to say, another billing invoice for the completion of the inventory in the amount of $5,700 was sent to the HCHD for payment. After a few more minutes of discussion, it was motioned, seconded and unanimously approved to pay the $5,700.

As the meeting continued, Crowson addressed the Texas Higher Education Grant, which the HCHD Board has been in negotiations to repay.

“I will summarize that by saying the end result of those meetings (between the HCHD Finance and Negotiations Committees and the grant personnel) was that we tendered an offer to the Higher Education Grant Coordinating Committee approximately two weeks ago and we are still awaiting a response from them. I don’t know how often their committees meet. I did not discuss this over the phone, I simply e-mailed our attorney, Robert Spurck, and asked him if, to his knowledge, there was any response from the Higher Education Coordinating Board and the attorney dealing with the matter. He said there was not. That was yesterday and he assured me he would get in touch with the new attorney handling that and he would let me know. So, that offer is still out there. We are still awaiting some kind of response,” she said.

Crowson added along those same lines, the HCHD had sent a letter to the Grapeland Hospital District which concerned sharing in the cost of indigent care but had not yet heard anything back, as of yet.

Prior to the payment and negotiation discussions, Cassie Gallaway – Operation Supervisor at Houston County EMS – provided the HCHD with a report on the ambulance service.

Gallaway reported during the of June, Houston County EMS responded to 324 calls with 201 patient transports. There were 48 cancelled calls and 75 non-transports, she said. There were also 32 requests for the helicopter with eight patients flown.

The transport destination showed 75 percent of the calls were routed to CMC while nine percent were to Huntsville, eight percent to Palestine, five percent to CHI Lufkin and three percent to Woodland Heights.

The minutes of June 15 were amended and approved.

The district’s financial report for June was approved by the board.