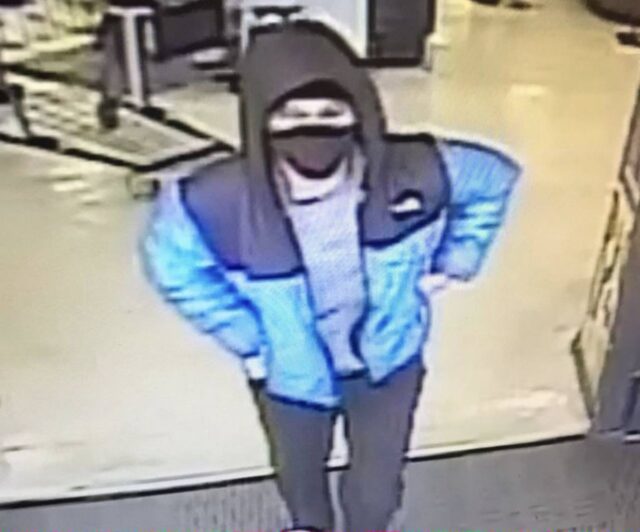 PALESTINE – The Palestine Police are investigating a robbery that occurred just before lunch on Thursday.

Just after 10:30 a.m. on Thursday, July 1st, Officers from the Palestine Police Department responded to Kroger at 325 E. Spring in reference to a reported robbery.

Officers arrived on scene and were advised that a white or Hispanic male came into the store and approached the customer service desk. The suspect slid a handwritten note to the clerk which said to give him all the money or he would start shooting. Approximately $1,600 cash was given to the suspect, and the suspect exited the store and ran towards Mallard Street.

The suspect was wearing a black and blue North Face jacket, black pants, and a black mask.

While reviewing surveillance video in the area, Officers located a possible suspect vehicle driving the wrong way Northbound on Mallard Street and turning onto Avenue A. This vehicle is described as a grey in color 4- door Pontiac sedan with black wheels.