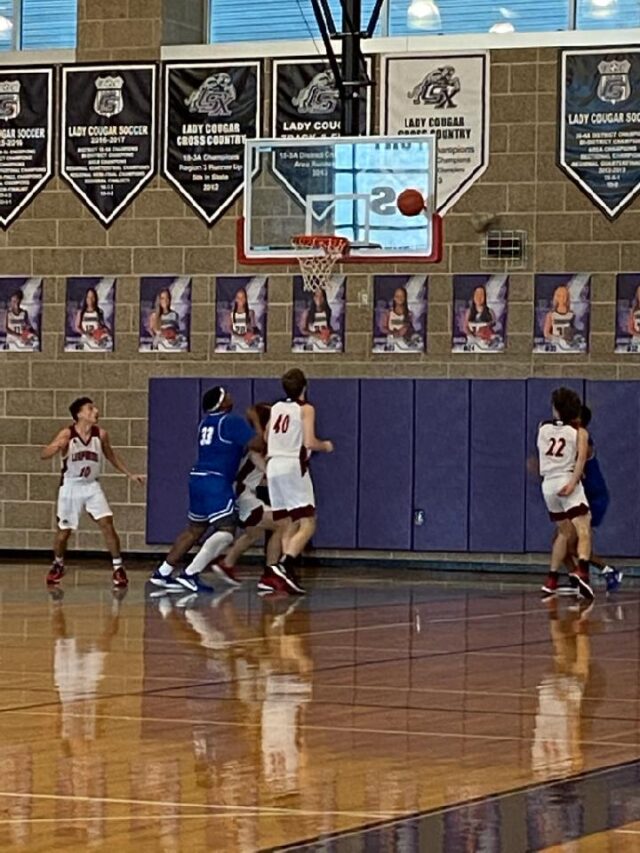 COLLEGE STATION – After upsetting the Malakoff Tigers on Tuesday of last week, the Crockett Bulldogs were feeling pretty good about their chances in the next round of the 2021 UIL Basketball Postseason Tournament.

The Bulldogs had won their Bi-District matchup against the Rogers Eagles by a score of 49-47 before taking down the Tigers in Area by three.

In the Regional Quarterfinals, Crockett would face the Lorena Leopards. Lorena came into the game with a record 22-4 and had dispatched Blooming Grove and Cameron Yoe in the first two rounds of the playoffs.

The Bulldogs and Leopards tipped off at high noon in College Station and for the majority of the game it looked as if Crockett might continue along on the road to San Antonio. A cold shooting spell in the final eight minutes did them in, however, as they fell to Lorena by a final score of 56-52.

The first quarter saw the Bulldogs jump out to an early 13-8 lead behind seven points from Ty White and a pair of three-pointers from DJ Walker.

The Leopards struggled from the field during the first eight minutes of the ballgame as points were at a premium. Khi Ritchie led Lorena with four first quarter points while Vrail George III added two. Camden Brock and Graham Goolsby both converted one of two from the free throw line to help keep the Leopards within shouting distance.

In the second quarter, both offenses seemed to find their rhythm. Walker stayed hot for Crockett as he poured in 11 points. Both Jadyn Collins and Keshun Easterling dropped in four apiece while Courtney Byrd added two. In addition, Tayshawn Simon converted one-of-two free throws to help Crockett take a 35-28 lead into the locker room at halftime.

Goolsby caught fire for the Leopards as he pumped in 10 second quarter points. George netted eight and Andrew Brittain chipped in a bucket to round out the Lorena first-half scoring.

Following the break, the Leopards began to whittle down the Bulldogs’ lead. Goolsby and Brock both scored three while Brittain, George and McCray Lewis all had two apiece to trim the Crockett margin to five.

Meanwhile, the Bulldogs began to struggle from the field and at the line as they only converted 50 percent from the charity stripe in the third quarter. White scored six but was only two-of-four from the free throw line. Chris Purvis put in a two while both Collins and Jalyne Carruthers were one-of-two from the line. Despite their struggles, the Bulldogs still led 45-40 entering the final period of play.

The shooting woes continued for Crockett in the fourth quarter as they only scored seven points. Simon had three while Collins and Purvis both had two as the Bulldogs fell by a final score of 56-52.

Ritchie led the fourth quarter rally for Lorena with six while George added five. Goolsby knocked down three-of-four free throws while Brock chipped in a bucket to help send the Leopards to the Regional Semifinals.

On the game, Lorena was led in scoring by Vrail George III and Graham Goolsby with 17 points apiece. Khi Ritchie was also in double figures with 10 while Camden Brock had six and McCray Lewis had a basket to account for the Leopards point production.

Crockett was paced with 17 points from DJ Walker while Ty White joined him in double figures with 13. Jadyn Collins dropped in seven while Keshun Easterling, Chris Purvis and Tayshawn Simon all had four. Courtney Byrd added two and Jalyne Carruthers chipped in a free throw to close out the Bulldogs’ scoring.

Even though it didn’t end the way Crockett wanted it to, The Messenger would still like to congratulate the Bulldogs on a great season.