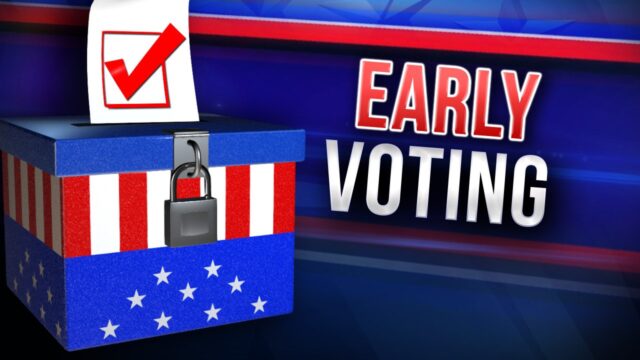 HOUSTON COUNTY – The 2020 General Election will be held next Tuesday, Nov. 3 and if the early voting numbers are any indication, this year’s voter turnout could easily surpass previous records for the number of ballots cast in an election.

According to Houston County Elections Administrator Cynthia Lum, by Tuesday afternoon, Oct. 27, over 4,600 early voting ballots had been cast with an additional 800 ballots by mail already received.

In the 2016 General Election, there were 4,845 ballots cast during the early voting period with an additional 306 absentee ballots received.  The final tally showed 7,773 votes were cast in the last presidential election.

Bear in mind, as of press time, there were still three days left in the early voting period and early voting locations in Grapeland and Lovelady were yet to open. Those two polling stations will open on Thursday, Oct. 29 and Friday, Oct. 30.

Lum said as of the last check on the number of registered voters in Houston County, there were 13,449.

“The election of 2016 was a record turnout for us. For the entire election, we had grand total of 7,773 voters. We had roughly 600 ballots by mail. In this election we mailed out 925 ballots by mail and we have received a little more than 800 back,” she said.

Early voting runs through Friday, Oct. 30 and the General Election is Tuesday, Nov. 3.