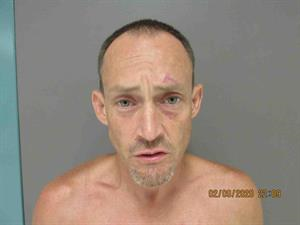 GRAPELAND – A Grapeland man is behind bars after an argument with an elderly woman over drugs turned violent.

Kyle Wade Showers, 41, was taken into custody on Wednesday, Sept. 2 and charged with injury to an elderly individual after he allegedly pushed a woman above the age of 65 over a stool, causing her to bust her nose and break her forearm.

According to an affidavit of probable cause, Houston County Sheriff’s Office (HCSO) deputies were dispatched to an address on County Road 1865 in Grapeland “… in reference to a third party caller reporting that a female subject at this residence had been assaulted earlier in the day and the alleged victim possibly had a broken arm.”

HCSO Deputy Curtavius Watts responded to the call and when he arrived at the location he made contact with Kyle Showers.

Deputy Watts asked Showers if anyone at the residence needed medical attention or had called 911. Showers replied no one needed any help and further informed the deputy that he could not come any further onto his property.

In addition, the deputy also asked for clarification on the name of the victim and the alleged perpetrator. When he was informed the alleged perpetrator was Showers, Watts and Deputy Gene Osborn reasoned that “… due to exigent circumstances, they had enough evidence to jump over the closed gate. Deputies immediately detained Kyle due to his behavior and to continue the investigation.”

As Watts went to check the residence, he observed blood on the front porch. He also noticed a trail of blood which began in the living room and led to a bathroom. While making sure the victim was not present, the deputies were contacted by dispatch and informed the victim was being taken to Huntsville Memorial Hospital by the third party caller.

“Deputy Watts then contacted Huntsville Memorial Hospital and spoke with the victim. The victim told him she and Showers got into an argument because he was upset and accusing her of taking his drugs. (The victim) told Deputy Watts that she did not know what he was talking about and said while they were arguing, Kyle pushed her and made her fall over a stool that was behind her. (The victim) said that she fell face down and busted her nose which explains all the blood on the floor. She also said she suffered a broken forearm when she fell,” the affidavit stated.

The victim went on to explain she was able to leave the residence and drive to the Brookshire Brothers’ parking lot where she met with the third party who took her to the Huntsville hospital.

Showers was arrested at the scene and transported to the Houston County Jail where he was booked into custody on a charge of injury to the elderly. 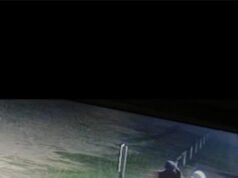 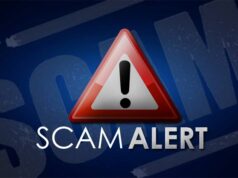