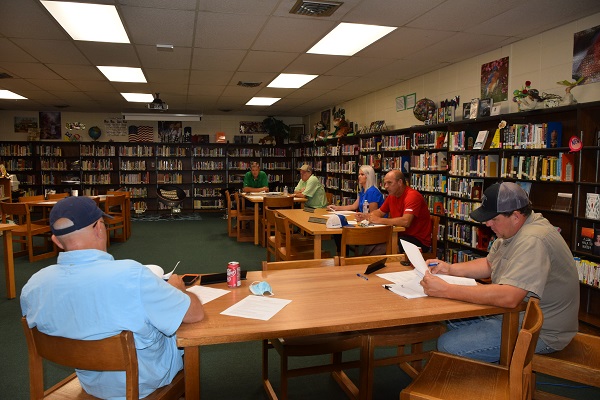 LATEXO – The Latexo Independent School District Board of Trustees met in a called meeting on Thursday, Aug. 27 to discuss the approval of the district’s 2020-2021 budget and tax rate.

After LISD Board President Kelly Nicol called the meeting to order, a public hearing on the budget and tax rate was opened. With no one speaking for or against the measure, the hearing was closed.

Following the hearing, LISD Superintendent Michael Woodard commented, “I think we have a good, balanced budget. The total revenue is $5,894,395 and with the same amount of expenditures.”

Woodard added the tax rate would be decreasing a little from the previous year “… because it was compressed. What we are looking at is an M&O, maintenance and operations, tax rate of $0.9664. The I&S (interest and sinking – $0.159) rate will stay the same because we have one more payment on a previous bond. That will give us a total tax rate of $1.1254 (per $100 of property valuation).”

Nicol questioned Woodard as to when the final bond would be made and the superintendent replied it would be made in February of 2021.

Once everyone was settled, a motion was made to amend 2019-2020 budget. The motion passed unanimously and was followed by the approval final amended budget for 2019-2020.

The next item of business was the approval the budget and the proposed tax rate. Both items were unanimously approved. Last year’s tax rate was $1.129 while this year’s tax rate will be $1.1254.

The 2020 Tax Roll from the Houston County Appraisal District was also approved by the trustees.

With no further business the meeting was adjourned at 6:42 pm.