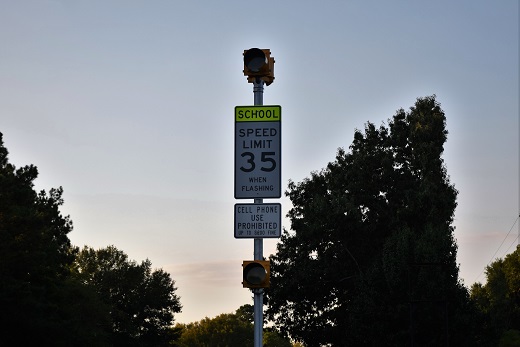 HOUSTON COUNTY – If you were used to life in the fast lane traveling between Crockett and Grapeland, you might want to take it easy and enjoy a slow, or at least slower, ride.

Now, that doesn’t mean you shouldn’t get on your bad motor scooter and ride, but last week, the Texas Department of Transportation (TXDOT) tapped the brakes a little for motorists on US HWY 287.

If you’re cruisin’ north from Crockett, the speed limit has decreased to 45 mph from Rosemary’s Hilltop Kitchen to just past the Big’s/Valero convenience store.

Once you crest the hill, if you’re in the driver’s seat, you can give it a little more gas as the speed limit goes up to 50 until the other side of Hurricane Bayou.

At that point, you can open up that hot rod Lincoln just a tad as the speed limit increases to 70, which is down from 75 mph.

Even though you may feel like you’re the king of the road and want to tach it up, Buddy, you better get ready to shut her down as the speed limit drops back to 60 probably a mile before where it was outside of Latexo.

Speaking of Latexo, the home of the Tigers has a new school zone on 287, so if you’re truckin’ along during the early morning hours around 7:15ish or 3:15 in the afternoon, the flashing yellow light means to slow that Mercedes Benz down to 35. During all other times, the speed limit is 50.

Outside the Latexo city limits sign, the speed limit jumps back to 70 allowing you to drive that little red Corvette of yours a little faster.

You’ll want to pump the brakes and slow down those hot rod hearts as you pass through Grapeland as the speed limit drops down to 60 on 287 through the Queen City of the Sand Flats.

Once you reach the animal safari, you can’t drive 55, however, as the speed limit jumps up to 75

Just remember, while you may have been everywhere, man, life is a highway and every day is a winding road.

Take me home, country roads. I was just along for the ride.

O’Rourke Senate Campaign Makes Stop in Crockett
From the Desk of GISD Superintendent Don Jackson
Somebody Get Me a Doctor!