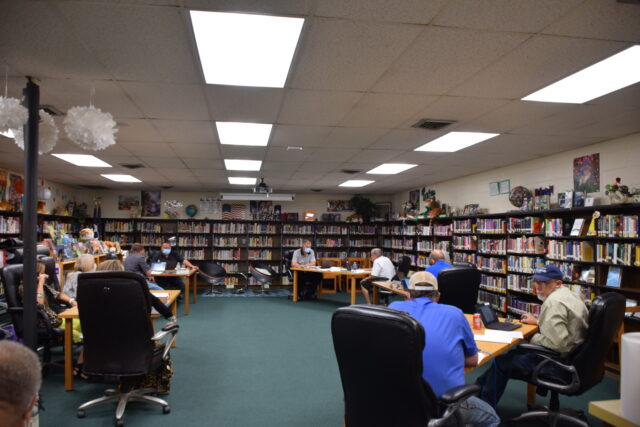 LATEXO – The Latexo Independent School District Board of Trustees met in a regular meeting on Thursday, Aug. 13 highlighted by a discussion on the district’s proposed 2020-2021 budget and proposed tax rate.

Superintendent Michael Woodard said, “I want you guys to look at this and if you have any questions please come talk to me. I two weeks we have to adopt the tax rate and the proposed budget.”

Lane added, “The main things in this meeting include the notice that went in the paper today. It proposes the tax rate and the budget. The proposed tax rate is $0.9664 for M&O (maintenance and operations) and $0.159, which is the same I&S (interest and sinking) was last year because the bond payment is the same. The $0.9664 was $0.97 last year.”

Woodard indicated the state had compressed the tax rate during the year “… so the total tax rate of $1.1254 (per $100 of property valuation) is what we are proposing this year. It is down a little bit from last year’s total.”

“It’s a good balanced budget,” the superintendent continued. “We do have built in there an activity bus I came across. WE have already looked at it and drove it.”

He said the bus would hold 14 passengers and be used as an activity bus. Woodard indicated the bus was a 2005 model with 44,000 miles on it and would cost approximately $13,000.

With no discussion, the proposed budget and the proposed tax rate for the Fiscal Year 2020-2021 were approved as presented.

As the meeting continued, Elementary Principal Rachel Gallaway informed the board at the beginning of the school year, the elementary had an enrollment of 240 students, with 49 students using the online option.

“It has been a great start. The traffic was kind of bad on the first couple of days but we got that fixed. Not a bad start for the first four days of school,” she said.

Gallaway added she would like to see the handbook changed to having Kindergarten promotion based on TEKS.

High School Principal Kim Watson followed Gallaway and informed the board the high school had an enrollment of 232, approximately 20 more than last year.

Watson said she would like to see the handbook reflect boys’ hair should be shorter than shoulder length. Other area changes she discussed included shaving and vaping.