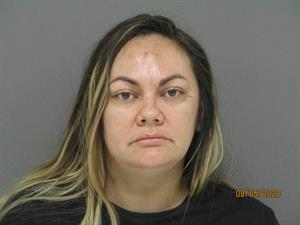 CROCKETT – It’s a phrase that is often used in a figurative sense but on Tuesday, Aug. 4, a 33-year-old Crockett woman was arrested and taken to jail – literally kicking and screaming.

According to an affidavit of probable cause on the day in question, Crockett Police Department Detective Leea Price and Officer Steven Witherspoon were dispatched to a service station, located at 1500 E. Loop 304, in reference to a female customer who was being unruly.

When the police arrived at the scene they spoke with the complainant and they also spoke with a female subject identified as Miranda Jaymes Davis.

“While speaking with Davis, the complainant advised that they wanted a criminal trespass warning issued to Davis,” the affidavit reported.

After the warning was requested, Witherspoon asked Davis for her ID. She stated it was in her car and went on to say she wasn’t going to sign the warning.

“I (Witherspoon) then requested multiple more times for Davis to retrieve her identification from her vehicle. After several requests, I then attempted to place Davis into safety restraints but Davis began to yell, scream and attempt to pull her arms away from officers. After a brief period of time, Davis was secured in safety restraints,” the affidavit indicated.

“Davis then began to refuse to enter the vehicle and began pulling away from officers. While attempting to place Davis into the patrol unit, Davis kicked Detective Price in the chest, causing her pain. While I (Witherspoon) continued to place Davis in the patrol unit, Davis then kicked me in my right thigh, causing pain,” the legal document stated.

The affidavit reported a tow truck was called for Davis’ vehicle but before it could be taken away, an inventory of the vehicle contents was conducted. During the search, officers discovered several blue, square shaped pills inside of a container. The pills were believed to be Alprazolam (Xanax).

Davis stated she was having medical issues and an EMS crew was dispatched to asses her condition. Following a medical evaluation by EMS, Davis was transported to the Houston County Jail.

The contents of the baggie were filed tested and showed a positive result for methamphetamine. 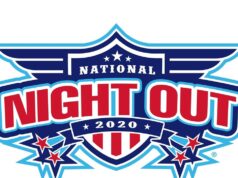