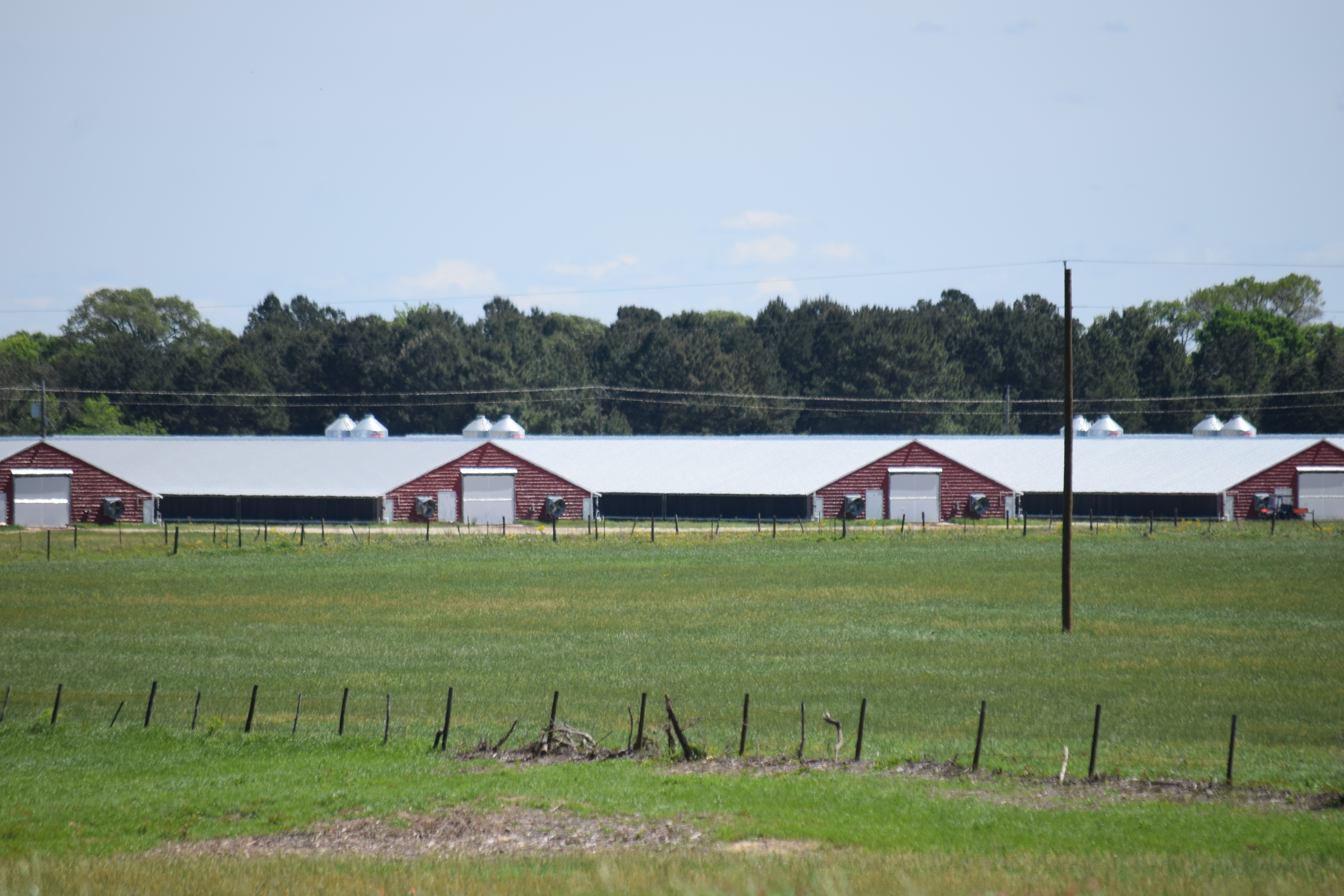 HOUSTON COUNTY – Since the middle of the last decade, chicken farms have popped up all over the East Texas landscape. However, a recent Henderson County court judgement may well change that and is worth keeping an eye on, as it has possible ramifications for both Houston and Anderson Counties.

The plaintiffs won the suit, but the verdict was appealed. It now appears all legal remedies may have run out for the defendants in the case.

“This permanent injunction,” Blanchard explained, “was issued in lieu of the $6 million in damages that was awarded to the Plaintiffs in this case by a Henderson County jury.  The Plaintiffs in this case are hopeful that this injunction will help other East Texas residents protect their properties from the devastation these poultry farms bring and give them the courage to take on corporate giants such as Sanderson Farms.”

The injunction came after a lengthy trial where the plaintiffs brought suit against the defendant chicken growers for among other things, a “persistent nuisance odor” coming from their farms.

In the amended final judgement, 392nd District Court Judge Scott McKee stated the jury had already found the odor to be a nuisance and the court had taken into consideration “… all the competing interests to include: the credibility and positioning of the parties, the business model of the  Defendant Growers and Defendant Sanderson, economic impact to the parties, impact to the food supply, the COVID-19 virus, land values of Plaintiffs and Defendants, the effect on the poultry industry in general, Defendants’ plans to keep growing flocks into the foreseeable future, contractual relations between the Defendant Growers and Defendant Sanderson, the State’s policy of free enterprise and business, and a myriad of other factors.”

After considering all of the factors listed above, Judge McKee ruled the plaintiffs were entitled to permanent injunctive relief.

His ruling further stated, “The Court understands that this effectively shuts down the entire operation of Defendant Huynhs at the Malakoff location.”

In addition, the ruling stated the plaintiffs were able to establish they suffered “an irreparable injury,” due to the defendants activities which caused and continued to cause “… odor pollution to intrude on, near, and/or over Plaintiffs’ Properties so as to cause a substantial and unreasonable interference with the use and enjoyment of Plaintiffs’ Properties and create a nuisance.”

The court defined “activities” as “… directly or indirectly buying, selling, delivering, receiving, shipping, transporting, hatching, raising, growing, feeding, watering, keeping, processing, harvesting, killing, handling, burying, or disposing of any chickens of any breed, type, size, or age, or creating, storing, or disposing of chicken waste or carcasses, either to, from, on, or in connection with any portion of Defendants’ Properties.”

The judge went on to state the defendants in the case were either unwilling or unable to control the smell and that it was excessive in nature. Furthermore, the amended judgement stated the Texas Commission on Environmental Quality (TCEQ) found the defendant’s activities were in violation of Texas nuisance statutes. Despite the TCEQ findings, the injunction reported the defendants denied that a nuisance existed and either took no or took insufficient action to reduce the odor.

As a result, the judge stipulated by Aug. 1 of this year the defendants were required to cease and desist any activities involved with chicken farming within five miles of the property owned by the plaintiffs.

In addition, it was stipulated that after Aug. 1, the defendants, as well as any other person, were permanently prohibited from conducting any activities involved with chicken farming within five miles of the property owned by the plaintiffs.

The defendants were also ordered to remove all dead chickens, decaying chickens, chicken waste, byproducts of that waste, and/or compost material from their property and submit a written report to the court by Aug. 1.

Furthermore, the defendants were ordered to maintain all fly traps currently in place until Dec. 1.