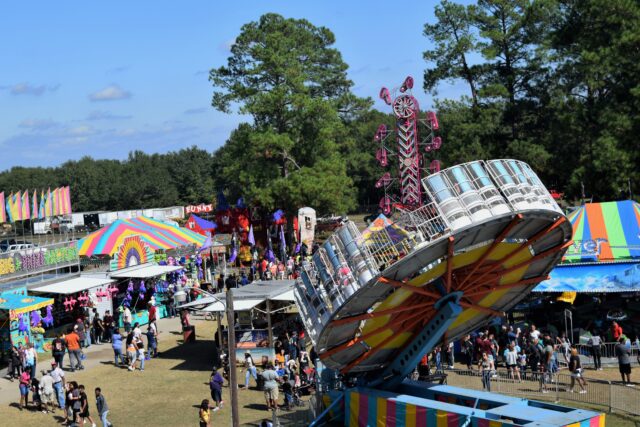 Not on the list of cancellations, however, is the 75th Annual Grapeland Peanut Festival. On Monday morning, July 20, Brandon Bridges – with the Grapeland Chamber of Commerce – stopped by the offices of The Messenger and was asked if the Peanut Festival would happen.

“As of right now,” Bridges said, “the plans are to have it, knowing we may have to cancel it.”

He said the parade and Peanut Queen’s Coronation could be held with some modifications but added the carnival may well be nixed.

Concerning the modifications, Bridges explained the parade could be held with attendees practicing social distancing by viewing the parade while sitting in their vehicles.

The Queen’s Coronation could be held with only the contestants, necessary stage crew, judges and immediate family members in attendance, Bridges speculated. He added the coronation could also possibly be live-streamed via the internet.

The final decision on whether to move forward with the Peanut Festival will be announced during the first part of August.

The Best of Houston County
Houston County School Districts Prepare to Crack Down on Bullying
Exhibit Gives Kids a Taste of Science, Technology, Engineering and Mathematics