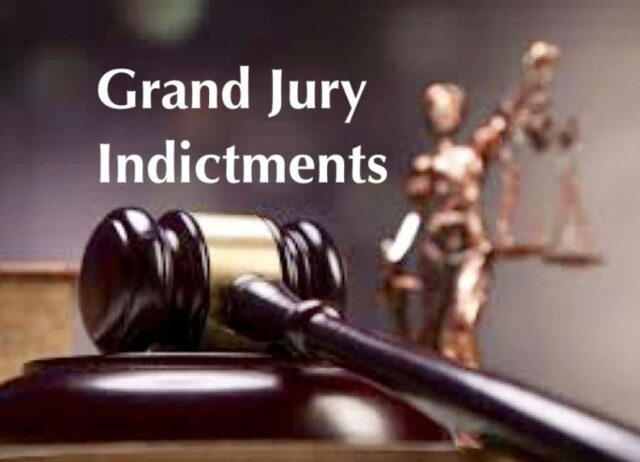 In addition, there were nine other cases which were true-billed. These are sealed, however, because there are pending arrest warrants.

The indictments, without pending capias warrants, are listed below:

Tyrell Beasley – Injury to a child; assaulting a family member by impeding breathing or circulation.

Justin Allen Boles – Possession of a controlled substance, penalty group one, less than one gram.

Ashley Nicole Graham – Unauthorized use of a motor vehicle.

Dustin Wayne Vyoral – Possession of a controlled substance, penalty group one, less than one gram.