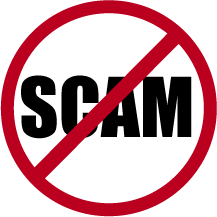 GRAPELAND – This is one article I really never thought I would write. Ann Landers I’m not and providing advice for the lovelorn is not exactly in my repertoire, however, I’m gonna give a shot.

With a good chunk of the population stuck inside, a new study has revealed a surge in the world of online dating. The study, conducted by www.SocialCatfish.com, using data from the FBI’s Internet Crime Complaint Center (IC3) ranks Texas residents as the third most at-risk for online romance scams.

According to the IC3 data, online daters seeking love were scammed out of $362 million in 2018, a 70% increase from the previous year.

“During the pandemic, online dating platform Bumble reported a 21 percent increase. Hard hit states New York and cities like San Francisco were even higher at 26 percent and 23 percent respectively. Tinder reported a 10-15 percent weekly increase and the hardest hit countries like Spain and Italy are up 25 percent,” the SocialCatfish.com study stated.

The study also indicated “… romance and catfishing scams are bound to go up even higher in 2020, especially in places where the coronavirus is more prominent.”

Catfishing is the act of pretending to be someone you are not online, in order to lure someone you’ve never met into a relationship.

The SocialCatfish.com website narrowed a list of indicators a person might be notice before they become involved in a COVID-19 romance scam down to four. They are as follows:

To avoid becoming a victim, thoroughly fact-check and verify online identities before meeting in person or providing any information about yourself.