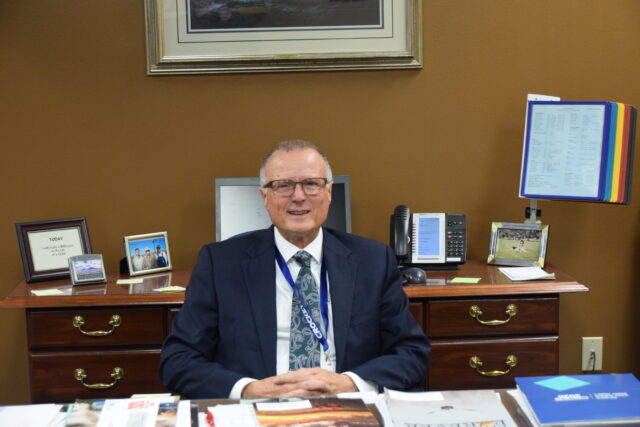 CROCKETT – Crockett Independent School District Superintendent Terry Myers made it official on Tuesday night, Feb. 4 following a special meeting of the Crockett ISD Board of Trustees where he and the board reached an agreement concerning his pending retirement.

Myers had announced his intent to retire in late January, but at that time he indicated there were a few details which needed to be ironed out.

Following the Feb. 4 meeting, Myers and the Board of Trustees released a joint statement which stated, “Mr. Terry Myers has announced his resignation as Superintendent of Schools for the Crockett Independent School District. An agreement has been reached which permits the board to pursue hiring another superintendent. The board and superintendent have entered into the agreement believing it is in their respective interests and in the best interests of the district.”

On Wednesday, Feb. 5, Myers elaborated on his decision and where Crockett ISD stood in terms of a search for a new superintendent.

Myers said he expected the CISD board to make a decision on internal candidates during a meeting scheduled for Tuesday, Feb. 11.

Questioned as to who those candidates were, Myers said he was not currently at liberty to name those individuals.

Myers said he would remain with the district through June 30, but added, “Depending on what the board decides to do with the hiring of a new superintendent, if they hire one prior to my exit on June 30, I will simply step over and be a consultant to that individual. That individual – at the time the board hires them – will become the superintendent.”

The superintendent was also asked why he felt the board had decided to look toward internal candidates.

“The board feels,” he continued, “if we have an internal candidate that is known to the organization and knows the wat the district is headed then that is the path the district would be likely to take in replacing leadership.”

Myers said if one of the internal candidates fits the bill of what the board is looking for then that would be the right choice to make.

The superintendent had previously said he thought the process might last until April 1 but added it could be as early as March when a new superintendent was hired.

“Should they not hire an internal candidate and open it up to external candidates, then obviously it will get closer to April 1 or even after that because of the interview process, the naming of a lone finalist and then the 21-day wait period before you can officially hire someone as superintendent. This board will make a good decision. They are very focused on what is best for the children of this community,” he said.