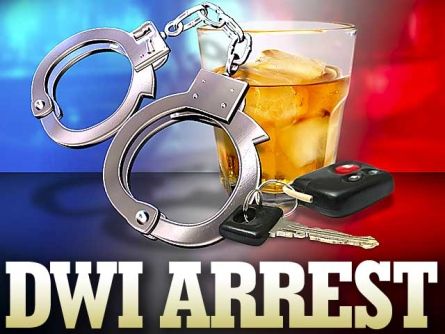 EAST TEXAS – It has been called “amateur night” by some. People who may not have more than one or two adult beverages over the course of a week, month or year, often times throw caution to the wind and drink more liquor, beer or wine than they normally consume during the other 364 days of the year – combined!

New Year’s Eve is a time to put the previous year’s triumphs and tragedies in the past, wipe the slate clean, make a resolution or two and begin with a fresh start. Unfortunately, for some, the New Year begins with the harsh reality of DWI/DUI acquired the night before.

The morning after begins with the chill of a stainless steel bed seeping through your New Year’s Eve attire with only a scratchy, county issued blanket for warmth. Then, there is the inevitable phone call – begging for someone to come bail you out of jail. If your bond is posted and you’re lucky enough to be sprung, that’s when the fun starts.

Court dates, fines, DWI/DUI classes, trials, possible job loss, more jail/prison time, probation, community service, your very own breathalyzer at the low, low cost of $90 per month – these are all just part of the wonderful world of a DWI/DUI conviction. As an added bonus, a person with a felony DWI conviction will lose their right to possess a firearm as well as their right to vote. Just think, all of these fabulous prizes – and much, much more – could be yours if you chose to drink and drive on amateur night, a.k.a. New Year’s Eve.

If you chose to exercise poor judgement in an attempt to claim your prizes behind the wheel of a 4,000 pound weapon – the evening’s emcees (law enforcement officials) will certainly accommodate your desires on the last evening/first morning of the year.

While the above paragraphs are very tongue-in-cheek, the cold hard facts about driving under the influence or while intoxicated are not.

A motorist charged with a DWI/child passenger could face charges of child endangerment. The person could also face: a fine of up to $10,000; up to two years in a state jail; and loss of your driver license for 180 days.

The punishment for a DWI varies depending on the number of convictions a person may have.

For a first DWI Offense, individuals may face:

For a second DWI Offense, individuals may face:

After two or more DWI convictions within a span of five years, you must install a special ignition switch that prevents your vehicle from being operated if you’ve been drinking.

For a third DWI offense, individuals may face:

According to a press release from TxDOT, “During last year’s New Year’s holiday (from 6 p.m. on Dec. 31 to midnight on Jan. 1), there were 218 DUI alcohol-related traffic crashes in Texas resulting in 10 fatalities and 76 injuries (both incapacitating and non-incapacitating). These DUI alcohol-related fatalities marked an increase of 25 percent from the previous New Year’s holiday.”

State troopers with the Texas DPS and local law enforcement officials will be out in force on both New Year’s Eve and New Year’s Day in an effort to discourage drunk drivers from hitting the roads and reduce the risk of vehicle crashes associated with drunk driving.

“The holidays are a time of celebration and family, but they also require responsible decisions and planning if alcohol is involved. Our goal is to save families from the heartbreak of losing a loved one. Finding a sober ride is easy and it can save you from being arrested, injured or killed. There is no excuse for drinking and driving,” TxDOT Executive Director Lt. Gen. Joe Weber, USMC (Ret.) stated.