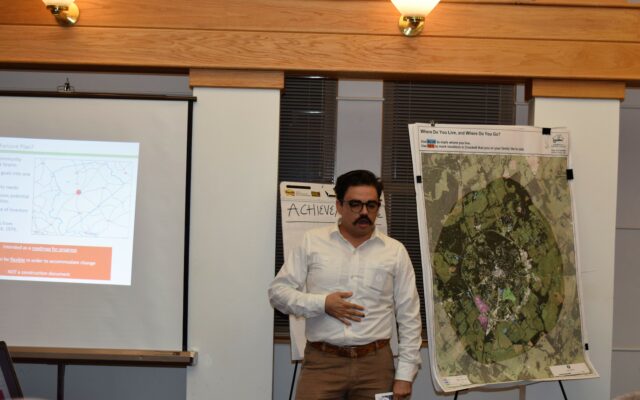 CROCKETT – The Crockett City Council met in a regularly scheduled meeting on Monday, Dec. 2 highlighted by planning workshop as part of the city’s comprehensive planning process for 2019-2029.

“He is heading up the planning study we have initiated. We started with a couple of online polls but this is our first public participation workshop,” Angerstein said.

“This is a 10-year planning period,” Alvarado began. “The purpose of tonight is to introduce the project to you, explain why the city of Crockett wants and needs a comprehensive plan and exactly the scope of what that plan will be. Then, I will turn it over to you guys to hopefully get some feedback, concerns and what you would like to keep or not keep in the community.”

Alvarado explained the comprehensive plan was funded by Texas Community Development Block Grants. He said the plan would organize citywide goals into one document which would identify community needs, identify and improve potential financing opportunities, as well as improving the confidence of investors and developers.

“Just to clarify, this is intended as a roadmap for progress and is not a construction document. It’s something that is hopefully meant to be flexible in order to accommodate change as your city grows and develops,” Alvarado indicated.

Alvarado informed those in attendance the plan foundations would be applied to eight main fields of study. These were: 1) population analysis; 2) housing; 3) land use; 4) water; 5) streets and thoroughfares; 6) economic development; 7) recreation and open space; and 8) central business district.

Next, Alvarado provided a timeline for producing the plan.

“We have been conducting field work. I was out here a couple of months ago and had a meeting with the Mayor (Dr. Ianthia Fisher), (City Administrator) John (Angerstein) and a few other members of the city leadership to set the agenda. We drove every city street in the entire ETJ (extraterritorial jurisdiction) so I know your city very well from the ground up. We took inventory of the housing conditions and businesses. Right now, we are in the survey period and community workshop,” he said.

The next stage of the plan – plan production – will occur later in December and into the early part of 2020, with the completed plan scheduled for a final hearing before the city council in late January or early February.

Following his presentation, Alvarado opened the floor for suggestions on areas to achieve and preserve. Included among the ideas presented by the meeting attendees were to focus on bringing jobs to Crockett; establish different types of activities for the city’s younger generation; continue to improve/rebuild the municipality’s streets; continue to promote tourism; and eliminate blight.