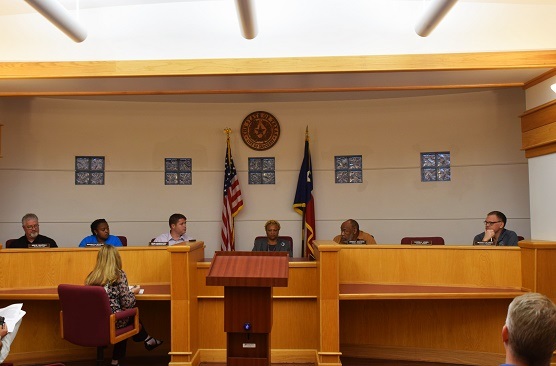 Rates Go Up by 39 Cents per Month

CROCKETT – The Crockett City Council met in a regularly scheduled meeting on Monday, Oct. 21 in meeting highlighted by the passage of several ordinances.

As the meeting got underway, City Administrator John Angerstein provided the council with an update on the wrecked police patrol unit which resulted from a high speed chase.

Angerstein explained to purchase a new Tahoe it would cost the city approximately $52,000-$54,000, less the $9,000. While the suspect involved in the chase had insurance, the city’s insurance picked up the tab and will attempt to recoup the costs from the other insurance carrier. Because this was a discussion only item, no action was taken on the matter.

As the meeting continued, an ordinance to change (increase) the garbage and trash rates was approved by the council.

“This is something we discussed in the budget workshop,” Angerstein said. “The increase in expenditure and increase in revenue – as expected – we knew we would have to budget for a two percent increase. We received notice of that and that is in our revenue and expense sides of our budget. The total amount of that increase is $52,285 to pay our contractor.”