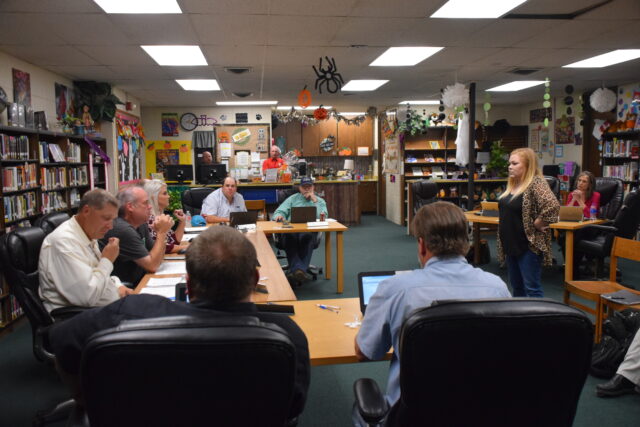 LATEXO – Transportation was the main topic of discussion during the Latexo Independent School District Board of Trustees meeting held on Thursday, Oct. 10.

“I need some guidance from you guys,” Latexo ISD Superintendent Michael Woodard said to the LISD Board. “We have a bus in the shop and I’m in the process of taking it to another mechanic. It has been at Rush (Truck Center) in Lufkin. They don’t know what’s wrong with it so I have another guy I’m taking it to. I just want to get it up and running so we can trade it in.”

Woodard said he was uncertain of what the trade-in value of the currently disabled bus might be, but regardless, the aforementioned bus had been a headache for the district since its purchase.

Following several mutes of deliberation, a motion was made to approve the purchase of a new activity bus for the district.

“As a Latexo Tiger myself, I want to start traditions for our school that my family and others can carry on for decades to come,” Bankhead said.

“We can’t deny the community spirit in Crockett, Grapeland and Lovelady can’t be matched. Each school has their own special way of celebrating their homecoming so, why can’t we?” she asked.

Bankhead commented she had mentioned this to other Latexo ISD parents. After speaking with the parents, Bankhead asserted she and the other community members would like to see about holding a parade, along with a bonfire, during Latexo’s Homecoming.

She added she was on the agenda to speak with the fire department and city council about possible routes and wanted to know what the school board needed to do to help make this happen.

Nicol responded and said the first thing the board would need to do is formally place the matter on an upcoming agenda in order for the trustees to be able to take action on any type of plans /actions for the proposed parade and bonfire. 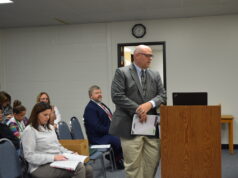 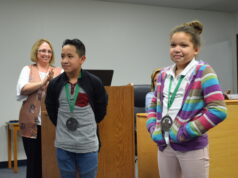 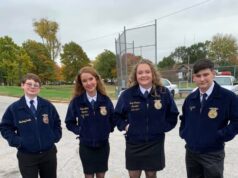