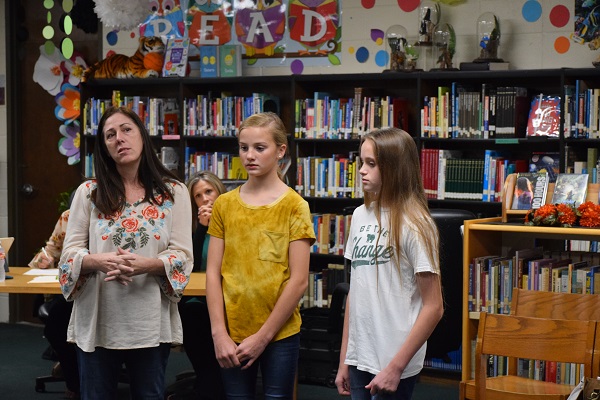 LATEXO – Elementary students were recognized during a Latexo ISD Board of Trustees meeting held on Thursday, Sept. 12.

After the meeting had been opened by Board President Kelly Nicol, he turned the floor over to fifth grade teacher Katrina Smith.

“We came to give a report and I brought two girls with me,” Smith began. This is Madilyn Smith and Emma Sanders. We had the opportunity to go to a camp at Baylor University. They had experienced the same camp because we had done it in our classroom. It takes about a week for them and we did a condensed version where they learned a lot.”

She added the camp’s director was Dr. Karon LeCompte who asked if the Latexo students would be interested in attending another camp at the university.

According to the Baylor University website, “LeCompte is an assistant professor of curriculum and instruction in Baylor University’s School of Education, specializing in curriculum studies, social studies education and the integration of technology in curricula. Her research interests center on iCivics, an innovative web-based learning program founded by retired U.S. Supreme Court Justice Sandra Day O’Connor.”

“I said yes we would. I got to take up to five girls with me and four went. What we did at the camp was a civic project where we focus on issues in the community, decide what a goal is to correct those issues and address them in any way they can. Then, they do a presentation,” Smith said.

She also explained there were over 100 students at the camp and they were split into two groups where they began to discuss the issues they had chosen and what they could do to make it better.

Madilyn said, “Our focus was ‘Vets on Wheels.’ We were paying back to our veterans. Their problems were like they couldn’t get around. We suggested maybe using buses.”

Emma said, “We did the dangers of vaping and what it can lead to. We talked about how teenagers don’t know what’s in them and how it’s really bad for them.”

Smith commented, “They spent a lot of time looking up what the issue was and how they should address it. Then, they did the presentation on Friday for the parents. We just wanted to say thank you for allowing us to be a part of it and go. We had a really, really good time and we are ready to go back again.”

“The big thing is the Peanut Festival. When we approved this, we had Oct. 10 and 11 off because that’s when we thought the Peanut Festival would be. It got moved and the festival will actually be Oct. 17 and 18 (and 19). I wanted to bring this to your attention to see if you wanted to change the dates for that so we don’t have low attendance or leave it the same,” he said.

After a brief discussion, the board approved changing the schedule to take off on Oct. 17 and 18.

“If a sub comes in and works eight hours that falls below the minimum wage. I think we should raise that to $60. This way they at least get minimum wage,” Woodard said.

The LISD Board unanimously agreed to increase the sub pay to $60. 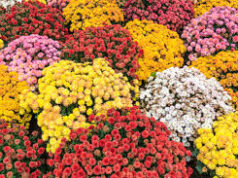 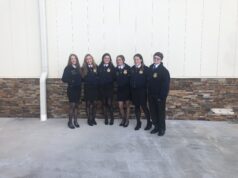 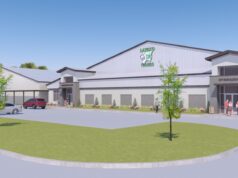