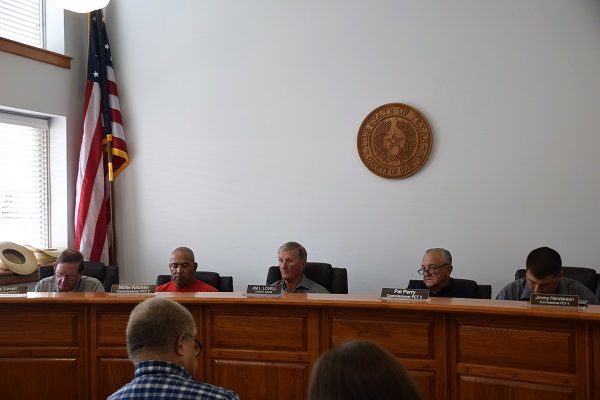 HOUSTON COUNTY – During a relatively short meeting of the Houston County Commissioners Court, a pair of public hearings were held to give Houston County residents a chance to voice their opinions on the county’s proposed budget for Fiscal Year (FY) 2020, as well as the proposed FY 2020 tax rate.

Once the bulk of agenda items had been covered, County Judge Jim Lovell opened the public hearing on the proposed Houston County Budget for FY 2020.

As the hearings got underway County Auditor Melissa Jeter informed the court, “We have to – statutorily – put in the paper what all elected officials receive and their increases. We haven’t talked about this during the budget, but let’s talk about it now.”

There were no public comments during the tax rate hearing.

Prior to the public hearings, the court considered the possibility of allocating more office space to the Information Technology (IT) Department.

“Our IT employee requested to move into (Veteran Services Officer) Fred (Newtz) office because of some extra storage, room and he liked the office better. It makes a little bit of sense so the veterans don’t have to climb the stairs. Once we hire a veterans services officer, then we could move them into what is now the IT Department offices,” Jim Lovell said.

The next agenda item also pertained to the IT department and would make allowances for fuel and other expenses associated with the assignment of a county owned vehicle.

“This is an Impala the Houston County Sheriff’s Office is willing to give up,” the judge said. “The vehicle became available and we assigned it to the IT Department. This is a budget amendment to cover fuel and expense for it.”

The item was unanimously approved. 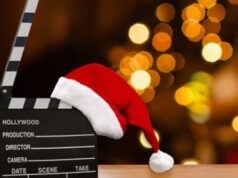 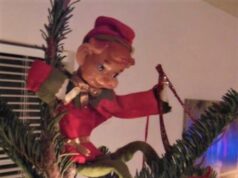 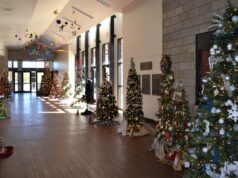