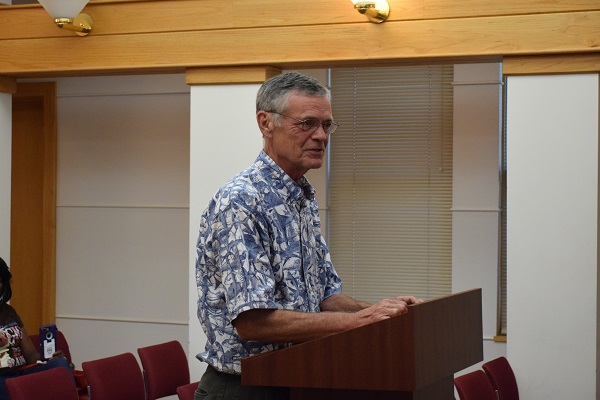 CROCKETT – The Crockett City Council held a relatively short meeting on Monday, Aug. 19, highlighted by the awarding of a bid for a grant application/management services pertaining to downtown revitalization.

Once Crockett Mayor Dr. Ianthia Fisher opened the meeting, a public hearing on the proposed Fiscal Year (FY) 2020 tax rate was convened. The city has proposed a tax rate of 0.596791 per $100 of property valuation, the same as the FY 2019 tax rate.

With no comments for or against the matter, the hearing was closed and the next agenda item concerning the award of a grant application/grant management service was addressed.

“This is the TRP program. We expect to begin construction in mid-September. The TDA (Texas Department of Agriculture) was shut down for six to eight weeks and were not issuing any payments. The contractors decided to hold off until they could start getting paid. As soon as that starts, that will be the sidewalk program we are doing down East Houston,” City Administrator John Angerstein informed the council.

“In short,” Angerstein explained, “We have more money to work with and the points we get for applying for these grants are really good. So, we have a really good chance of getting this grant again which would allow us to select more sidewalks and some parking.”

Cloy Richards, a senior consultant with GrantWorks, was on hand to provide additional information on the grant.

“The program is a lot sweeter of a deal this year. You’re putting in a little less matching for a lot more money. It was a good deal last time and an even better deal this time,” he said.

Once Richards had concluded, Angerstein said the first part of the project was to send out requests for proposals for grant administrators “… to help with drafting of the grant and get it submitted. Then, they work with us throughout the cycle to make sure we meet all deadlines and the requirements of TDA.”

Angerstein added the city had already sent out RFQs, or requests for qualifications, for engineering and that process will close next week.

“There were 27 applicants last year when we submitted this and we came in second. They feel like we can be successful again this year. We sent out RFPs to GrantWorks, Traylor and Associates and to Raymond K. Van. Raymond K. Van did not send a response back. Traylor and GrantWorks submitted proposals. The selection committee met this afternoon to grade the two. The firm recommended for the administrative services of this grant is Traylor and Associates,” he said.

Following a brief discussion, Traylor and Associates was awarded grant management services for the grant.

The next agenda item called for the council to consider and approve hiring Healthcare Visions to provide an emergency services study with funding coming out of the city council contingency fund.

“In your packets, we have a consulting agreement for Healthcare Visions to come in and do an assessment of our emergency services and how we provide those services. Moving forward, as our fire chief has talked to other agencies, we feel like we need to go out for a third-party study before we make any commitments in to how we provide emergency services,” Angerstein said.

A motion was made, seconded and unanimously approved to go forward with the study.

The final actionable agenda item concerned the city abandoning a road, formerly known as Avenue E in order to make room for the possibility of a new Family Dollar store at that location. A motion was made and unanimously approved to move forward with the proposal. 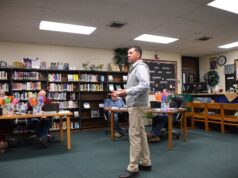 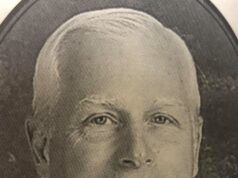