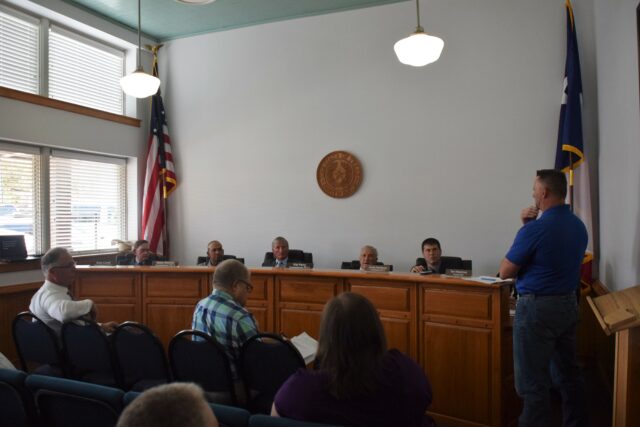 “Right now, I’d like to let you know we went up by a count of four customers. We are at 1,841. The dumpster count hasn’t changed since last month. Were still at 107,” he said.

As he continued, Wheeler said for the month of May the company only experienced one missed pick-up when “… the driver took a left, when he should have taken a right. The GPS wasn’t helping so he just came on in. We went back the next day and picked it up.”

It was also determined a countywide trash pickup for larger items would be held at each precinct county barn beginning the first weekend in July.

Prior to the sanitation discussion, the court approved the closure of County Road 4640.

Precinct Four Commissioner Jimmy Henderson explained the landowners had approached him about closing the roadway because of safety and privacy concerns.

“They were all in agreement and have taken the necessary steps and recommended we close it. I move that we abandon this road,” he said.

The motion was seconded and unanimously approved.