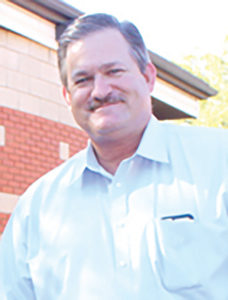 CROCKETT – Late Tuesday afternoon, Dec. 4, an e-mail was received from Crockett Police Chief David “Buddy” Cross in which he announced his retirement “… from the City of Crockett and as Chief of Police of the Crockett Police Department.”

The correspondence stated, “I have enjoyed my six years as Chief of Police and feel that we have accomplished a lot in that time. I have the utmost confidence in the department and its ability to move forward without me with a good leader.”

As to who his successor will be, Cross indicated he would like to see Lt. Clayton Smith take over as top cop for the city of Crockett.

“The officers at the department are professional and well trained and will continue to do the job in my absence. Lt. Clayton Smith, if chosen as my replacement will do a great job and has the experience and training to lead the department and has my support,” the police chief stated.

“I have been working in law enforcement for 28 years and have enjoyed the job but it is time to retire,” his statement continued. “I appreciate all the officers that have worked for me and am proud to have watched them grow up into the professionals that they are.”

The chief did express some a concern about the retention of police officers in Crockett.

“Crockett PD will continue to be a training ground for officers unless the pay is increased and I hope that the City can make some improvements in this area in the future,” he explained.

“I want to thank the citizens for allowing me to serve them as Chief and I will still be around and hope to continue my service to the area,” he added. “I also want to thank the Mayor and Council and the City Administrator for their support over the years. I look forward to spending more time with my family.”