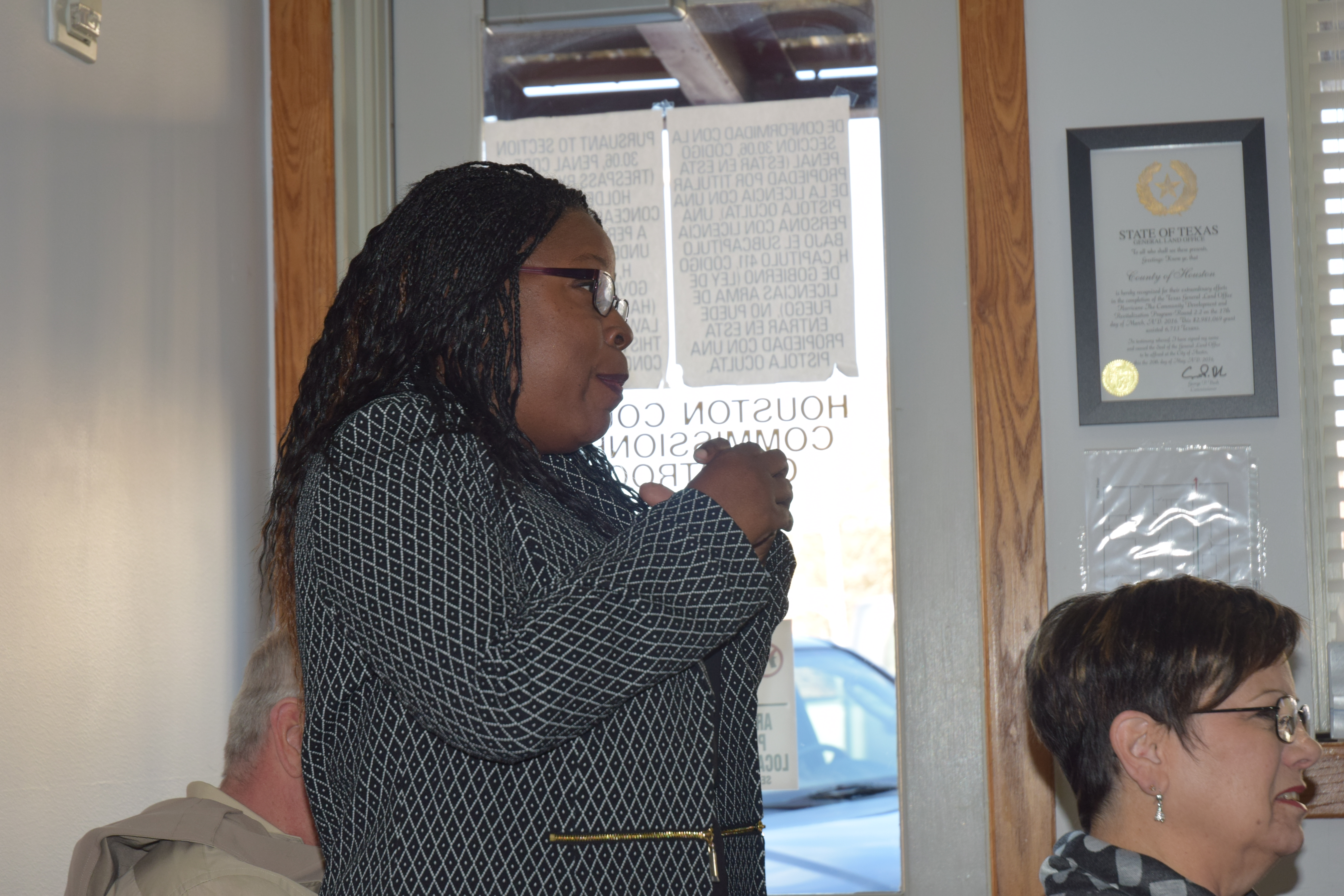 HOUSTON COUNTY – During a meeting of the Houston County Commissioners Court held on Tuesday, Nov. 27, the commissioners approved two internal policy changes. In addition, the court also introduced and set the salary for the county’s new Assistant County Attorney.

The first policy change concerned requisitions for purchasing. County Auditor Melissa Jeter explained the current policy required anyone making a purchase of under $50,000 to get three telephone quotes.

She added this meant for every pen, chair or whatever needed to be purchased, three quotes were needed. Jeter said the outside auditors believed the policy was being misinterpreted and felt the policy should be changed.

Jeter recommended …  “all property, plant, equipment and infrastructure assets with an original cost of more than $1,000 would be capitalized for reporting purposes and depreciated.”

Both matters were unanimously approved by the court.

Prior to the policy changes, LaKisha Anderson-Sinville was introduced as the new Assistant County Attorney. Her salary was set at $60,000 per year.

Following the introduction, the attorney said she resided in Tyler where she practiced law until she accepted the county position.