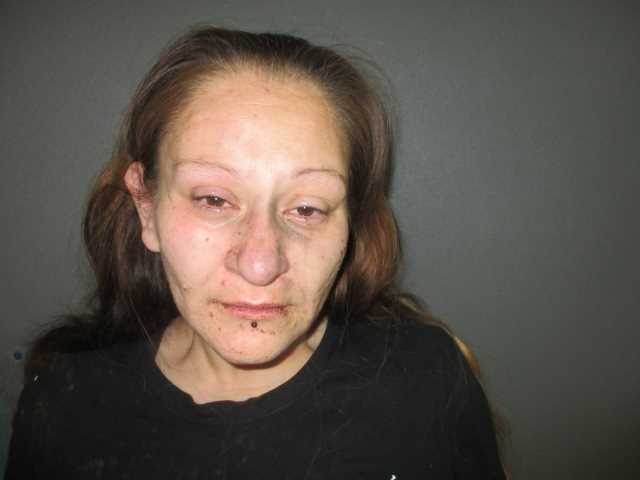 CROCKETT – It has been said there are some people who turn a deaf ear to reason and good advice.

Such was the case with 31-year-old Houston County resident Isabel Martinez who – according to an affidavit of probable cause – was “clearly intoxicated” and refused to leave a residence when asked to do so.

As a result, Martinez was arrested and charged with public intoxication, criminal trespassing and assaulting a public servant.

The aforementioned affidavit indicated Crockett Police Department Officer Frank McIntyre was dispatched to 121 Ralph Bunch St. in reference to a physical disturbance call. Upon his arrival, the CPD officer “… was met by several subjects saying the suspect (Martinez) was told to get out of the complainant’s home and refused.”

The complainant informed McIntyre that Martinez is the girlfriend of her brother but added Martinez was not welcome in her home because of her level of intoxication and was asked to leave several times.

“I (McIntyre) went to speak with Martinez who was clearly intoxicated by her slurred speech, uneven balance and strong odor of alcohol coming from her breath. I asked Martinez several times to tell me her side of the story and Martinez would only become irate and not speak about the assault,” the report stated.

Upon failing to get a coherent response to his questions, McIntyre placed Martinez under arrest for public intoxication and criminal trespassing. The complainant declined to press assault charges.

The report stated Martinez had blood on her face, hands and shirt but did not appear to have any injuries. Medical personnel present at the scene examined Martinez and confirmed she was not injured before an attempt was made to place her in McIntyre’s patrol vehicle.

“Once Martinez was in the patrol unit, she kicked me in my lower chest and groin area. I pulled Martinez back out of the car, restrained her arms and placed back into the seat,” the affidavit stated.

She quickly slipped the seat belt and attempted to kick the windows out of the police vehicle. Eventually, McIntyre calmed Martinez down enough to transport her to the Houston County Jail where she was charged with public intoxication, criminal trespassing and assaulting a public servant.

The first two offenses are misdemeanors, however the assault charge is considered a third degree felony under Texas law.

Martinez is being held at the Houston County Jail on bonds totaling $12,500.