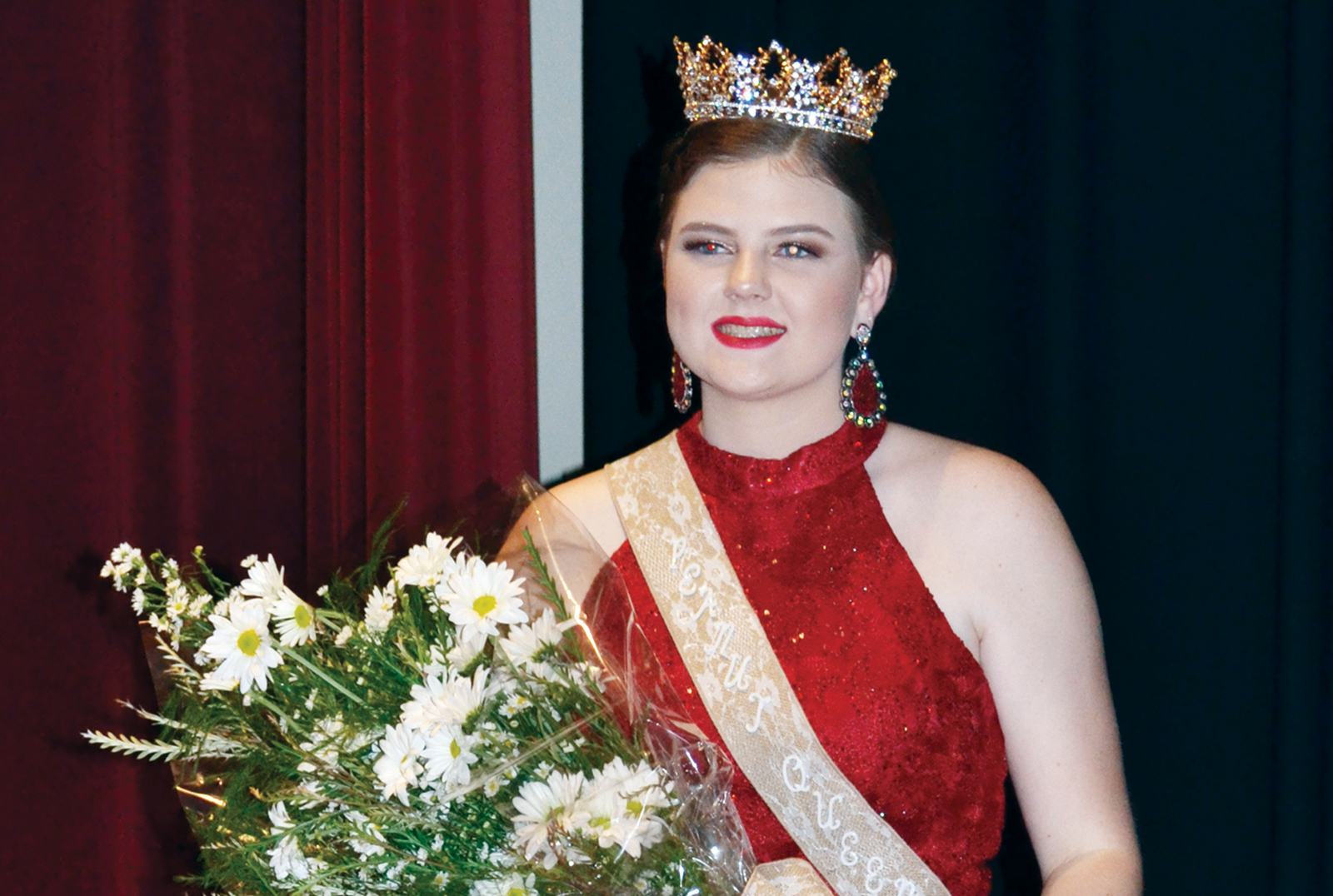 GRAPELAND – Just days after being crowned the 2018 Peanut Queen during the coronation held Saturday, Oct. 13, Grapeland High School senior Carly Parker sat down to talk with The Messenger about her pageant experience.

Saturday morning, she said, began with an appearance by her and her fellow Peanut Queen contestants in the 73rd annual Peanut Festival Parade.

“We all got on our floats and had an amazing parade,” she said. “I wish I would have been able to see it from the outside point of view, but it was really fun to be in it, because I had never been in it before.”

Following the parade, the girls spent a short time enjoying the merriment the festival had to offer before proceeding to the bandstand in Grapeland City Park.

“We announced ourselves and got asked some questions,” Parker said. “It was really scary to be in front of all those people and see them. That night, we didn’t see people because the spotlight was on us.”

Parker spoke of the “super close” relationship amongst herself and the other girls competing in the pageant.

“We said that no matter how it turned out, we were all going to still be close,” she said. “And I really want that. I don’t want anybody to be mad or anything; that was something I was worried about.”

The moment in which she was announced as the winner, Parker said, happened before she knew it.

“It just felt like practice, honestly,” she said. “Blake, the emcee, is my friend, so him announcing my name just felt like we were in practice and he was playing around with me.

When the curtains closed, Parker said, “I broke down crying.

“I didn’t even know why,” she laughed. “It didn’t set in that it had happened until the curtain was closed. Then, I was like, ‘Oh, my gosh, that just happened.’”

Parker’s family reacted to her victory in an extremely excited manner, she divulged.

“They were in, like, the fifth and sixth row, and they were screaming,” she remembered. “All of my friends were screaming. Some of them ran up onstage after we had taken pictures. It was like a madhouse.”

In an interview prior to the pageant, Parker had encouraged GHS juniors who aspire to compete in next year’s pageant that they “have nothing to lose” by doing so, also advising them not to allow not taking the crown to make the pageant less of a fun experience.

Following her win, Parker said, she stood by her previous advice.

“If I hadn’t have won, I still wouldn’t have regretted doing it,” she said. “It was still a really cool thing that most people don’t get to go through. I think it’s just a really cool tradition that we have.”

Parker is the daughter of Kelly and Heath Parker and was sponsored by the Grapeland Noon Lions Club for the pageant. As a GHS student, Parker participates in golf, one-act play and beta club and served as a class officer for three years. After graduation, Parker plans to major in psychology at Sam Houston State University.