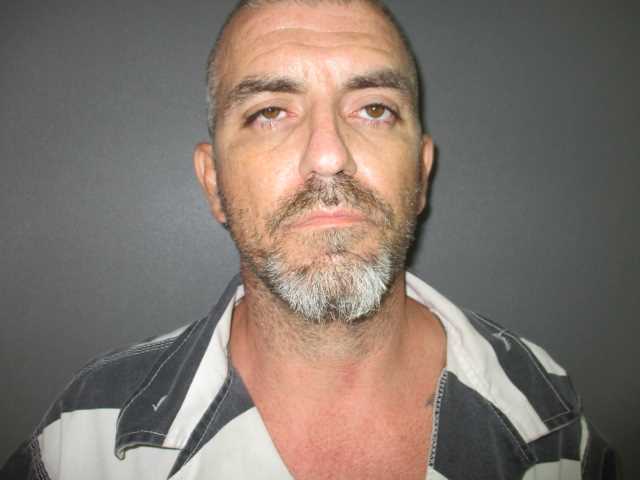 GRAPELAND – It’s time for a little math. When law enforcement officials confiscate an illegal drug, it is measured in grams. There are approximately 28 grams in an ounce and approximately 454 grams in a pound. With the average price of methamphetamine at $100 per gram – according to CrystalMethAddiction.org – how much does the price of a pound of meth cost?

Jody Lee Baker, 44, and Mary Karin Low, 32, both from Crockett, may have the rest of their lives to figure out that equation after the vehicle they were travelling in was pulled over earlier this week.

According to a press release received from the Houston County Sheriff’s Office (HCSO), Baker and Low were stopped in Grapeland by HCSO Deputy Matthew VanEgmond at approximately 6 p.m. on Monday, Sept. 17 for a traffic violation.

“After the stop was initiated and contact made with Baker, the driver of the vehicle, Baker fled the scene.  A chase ensued and Deputy VanEgmond apprehended Baker and placed him under arrest for evading arrest,” the media statement reported.

A witness at the scene “… reported seeing Baker attempt to hide a container on a tire that was parked in their yard.  The container contained substances believed to be methamphetamine, several pills, later identified as Xanax, and syringes.” 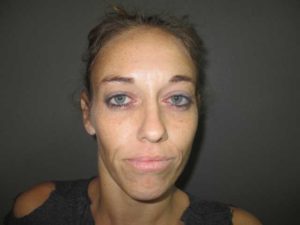 Lt. Ronnie Howell with the Grapeland Police Department assisted in the arrest and was asked to help search the vehicle.

“During the search,” Howell reported, “I discovered a white plastic bag in the rear floorboard of the vehicle. Inside the plastic bag was a purple Crown Royal brand bag. I opened it to find multiple containers.”

He added, “There was a blue, plastic container in the bag, which contained several syringes and a clear plastic baggy with a white crystal-like substance inside, believed to be methamphetamine. Also discovered in the baggy was a small yellow, vinyl bag. Inside of the yellow bag was a clear glass container containing a white, crystal-like substance, believed to be methamphetamine.”

The substance was field tested and the results indicated a positive result for meth and weighed in at a total weight of 463 grams.

Once Baker had been apprehended, Low was questioned and it was learned she had a warrant for her arrest for making a false report to a peace officer. She was also charged with possession of controlled substance, penalty group one, in an amount equal to or greater than 400 grams.

Because of the amount of weight involved in the drug bust, the possession of a controlled substance penalty group one charge is considered as a first degree felony.

The total bond for Low was set at $36,500 while bond for Baker has been set at $45,000. The investigation is on-going and additional arrests are pending.