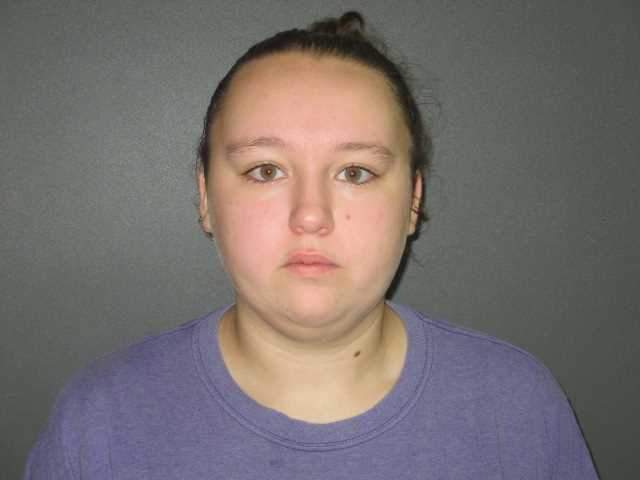 KENNARD – A 21-year-old Kennard woman is behind bars after her child was left alone only to be found walking in the middle of a Houston County highway on Tuesday, Sept. 10.

The child’s mother, Shelby Allen, is now sitting in the Houston County Jail after being booked into custody on one count of child endangerment.

According to information received from the Houston County Sheriff’s Office (HCSO), at approximately 10:42 a.m., deputies Adam Simison and William Gardner were dispatched to Curry’s Grocery in Kennard in reference to a child “… walking down the middle of Highway 7 East.

When the HCSO deputies arrived at the location they spoke with “… a witness who told them he found the child walking near the double yellow line in front of the Tabernacle of Praise Church on Highway 7 East.”

Because there were no adults in the area, the witness took the child to Curry’s Grocery where he made a call to the sheriff’s department, according to a media release.

An EMS crew was also dispatched to the scene where they examined the one and a half-year-old male only to discover the toddler was covered in bug and mosquito bites.

“CPS (Child Protective Services) was called to the scene and after learning this was not the first occurrence involving the child wondering in the highway, CPS took protective custody of the child,” the HCSO press release stated

Allen was eventually located and brought to the store to speak with CPS. After the discussion, Allen was arrested and transported to the Houston County Jail where she was booked into custody on the charge of abandoning/endangering a child. The offense is considered a state jail felony.

Bond has not been set at this time.