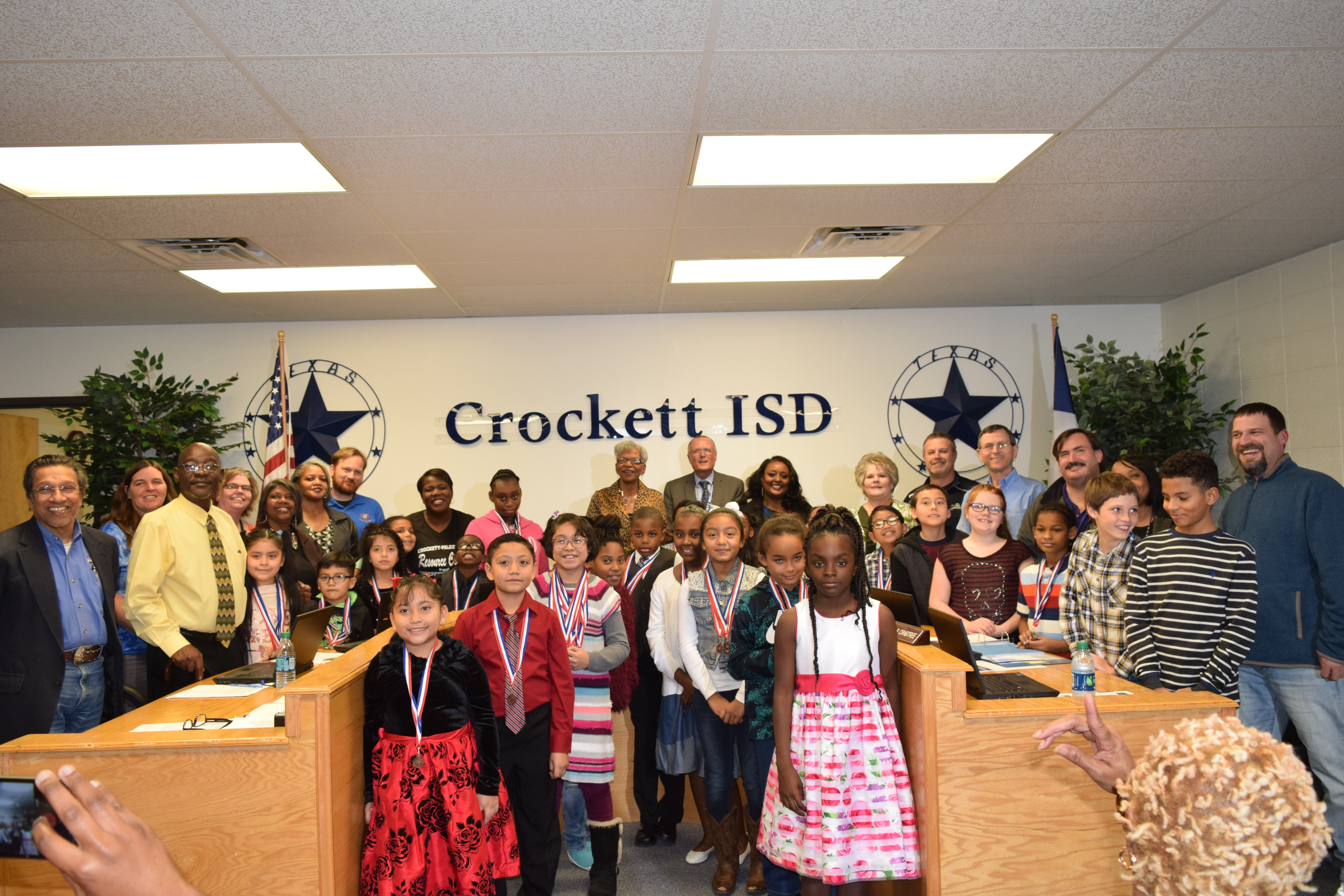 CROCKETT – During the monthly meeting of the Crockett Independent School District Board of Trustees, the Crockett Elementary School UIL District Champions were recognized by the trustees and the administration.

Following a joint meeting between the CISD Board and the Crockett City Council to ratify the sale of the former state school property, the UIL academic students were introduced to those in attendance.

“This year we were first place in the district,” Stowe said. “This is the second year in a row. Next year, we will be hosting the event and we’re going to win again.”

After she recognized the coaches, teachers and parents who helped the students along the way, Stowe asked Elementary UIL Coordinator Dr. Loria Ewing to announce the students and their awards.

The third grade team won: second in math; second in chess; second in spelling; and first place in music memory.

Following the UIL recognition, the CISD superintendent also took time to recognize the Board of Trustees.