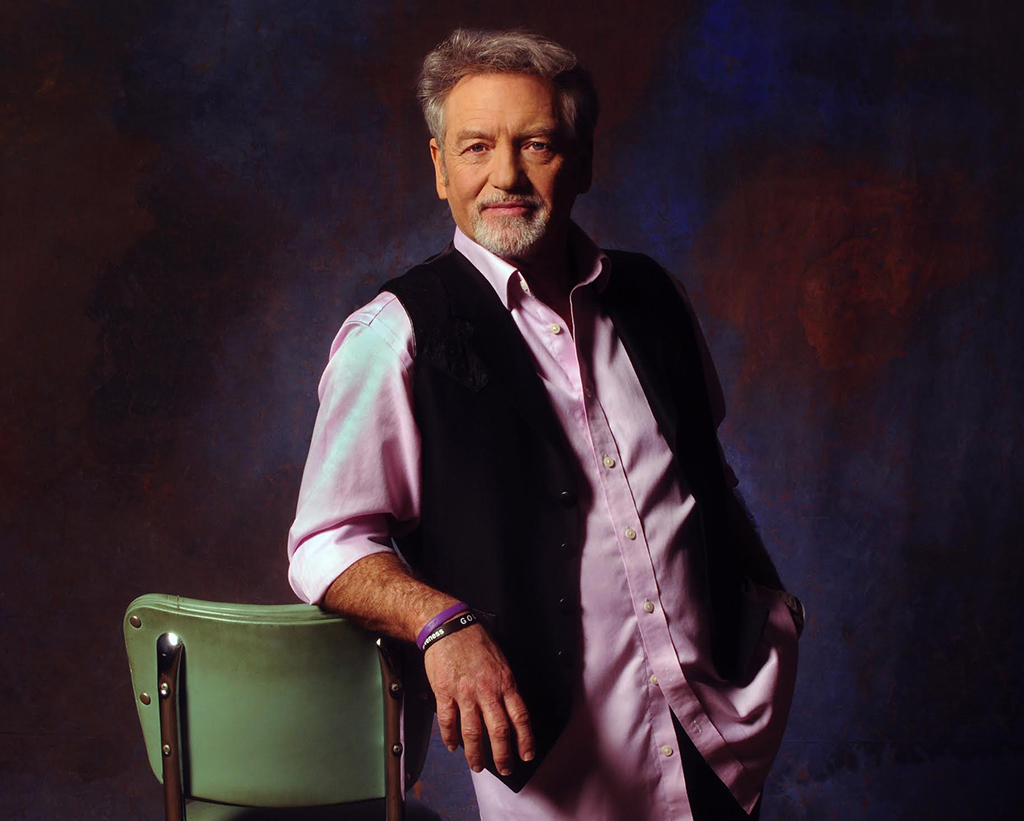 Gatlin to perform for PWFAA Jan. 27 in Crockett

CROCKETT – With 33 top 40 country music hits including “All The Gold in California,” “Broken Lady” and “Houston (Means I’m One Day Closer to You)” under his belt over the last several decades, the Grammy award-winning country and gospel singer Larry Gatlin will take the stage in Crockett for a solo show on Saturday, Jan. 27.

Gatlin, who is best known for his role with Larry Gatlin & The Gatlin Brothers, is a native Texan, who grew up in West Texas.

“I tell people I am an American by birth, and a Texan by the grace of a merciful and loving God. I wrote a song not too long ago that says ‘if I hadn’t been born in Texas, I’d lied and said I was,’” Gatlin joked during a phone interview with The Messenger on Thursday, Jan. 11 from his home in Brentwood, Tenn. “I got there as fast as I could.”

Gatlin said he is looking forward to coming back to Texas with tour dates in the state planned Jan. 25 in Victoria, Jan. 26 in Brenham and Jan. 27 in Crockett.

“I look for reasons to come home. Nashville has been good to me. I tell people Texas is my home and Nashville is my home away from home,” Gatlin said.

While in Texas, Gatlin said he has several stops to make. One of those visits will be to Edith Royal, the widow of the late legendary Longhorns coach Darrell Royal, who died in 2012.

Gatlin also plans to go to Midland during his Texas stay to visit “some old buddies out there in Odessa that I played football with. I just love being in Texas.”

His first stop once they arrive at the Austin airport will be to get Mexican food.

“We always go to Cisco’s over on the east side and have migas, cheese enchiladas with tomatillo sauce and corn tortillas,” Gatlin said.

Fans of Larry Gatlin & The Gatlin Brothers can enjoy reminiscing during the Crockett show as Gatlin performs numerous songs from their various records.

“My number one job – actually, I don’t feel like it’s a job – it’s a calling of God – my number one calling of God as far as a professional endeavor – is to be the lead singer of the Gatlin Brothers and write songs for them,” Gatlin said. “I’ll sing Gatlin Brother hits. We will laugh and giggle and I will tell them stories about the brothers, Johnny Cash, Roger Miller, Willie Nelson, Kris Kristofferson, Dottie West, Elvis Presley and Barbara Streisand,”

Gatlin joked, “There are probably not a lot of stories being told about Barbara Streisand in Crockett this week.”

Besides being a prolific song writer for his own group, over the years – especially in the beginning of his career – Gatlin wrote song for many artists including Presley, Cash, Kristofferson, Streisand, Tom Jones and others.

“I love the English language. I love to read. I am a voracious reader, always have been, since the first grade when they taught me how to do it. I love to put words together. So I wrote. We had 18 albums on major record labels. I wrote every song, every word, every note except two songs. And I hated that,” Gatlin said. “I may not be the best songwriter in the world but I am the best song writer in the world for Steve, Rudy and Larry Gatlin – for songs for them to sing. I am always proud of that.”

Gatlin is currently recovering from back surgery, happy to report that his sciatic pain is gone.

“The horrible lightening bolts going down both legs from my hips – that pain is totally gone. Now I am re-cooperating from the surgical scars, the incisions themselves and the fact that (the doctor) did a lot of work in there. He really kinda reconstructed the bottom six inches of my spine,” Gatlin said.

Gatlin said he can’t wait to get to Texas to “rub some good ‘ol Texas dirt on it.”

“I am going to rub it on these four incisions I had from back surgery. It will do them a little bit of good,” Gatlin joked.

“I’ve really been under the knife here a lot lately. It’s my fourth one. I can sing high notes again. It was perfectly successful and I thank Dr. (Robert) Ossoff for that – the premiere vocal chord surgeon,” Gatlin said.

“I’m grateful to God for my talent, the talent He has given me. And I try to give it back to Him and honor Him. But I am not going to be a prisoner of the talent. If you are a football player, you got to go play the game. Sometimes you are going to get hurt,” Gatlin said. “For the most part, I sing correctly. But I will smoke a cigar every now and then and I’m gonna laugh and talk to much – but I sing correctly. I just don’t talk correctly. The vocal chords are perfect. I sound like I did 40 years ago.”

As far as new music on the horizon, Gatlin said their band is always working on something.

“We have some new managers. They are going to try to get some of our contemporaries – maybe Vince Gill, Dolly (Parton), Charlie Daniels, Lee Greenwood – people like that – to do a little Gatlin album with them being our guests, and maybe some of the new kids that like our music,” Gatlin explained.

At the moment, the band is working on a new song called “Going Home,” which was inspired by a photo taken by a friend. They have already been in the studio to work on the song, and plan to do a music video in the near future.

“He’s a wonderful photographer. He was shooting some pictures for a trucking company somewhere in Tennessee and all of a sudden on this little muddy dirt road came a family with two mules hooked up to an old wagon and they had a flag-draped casket in the back of that wagon,” Gatlin said.

Gatlin saw a glimpse of the picture before a concert, but at the time he didn’t really look at the photograph closely. He placed it on his writing desk at his home that night in Nashville.

“The next morning I came in there to do my morning devotional and saw that picture and I just wept for 20 minutes. I wrote a song about that called ‘Going Home’ – that’s what the picture is called,” Gatlin added.

The Gatlins musical endeavors started in Abilene, Texas in 1955, when Larry was six, Steve was four and Rudy was two. The brothers grew up singing gospel music after listening to James Blackwood and the Blackwood brothers, Hovie Lister, the Statesmen Quartet and many others.  The brothers would sing anywhere and everywhere people would listen.  As children their music took them coast-to-coast, where they even sang at the 1964 World’s Fair in New York City.  They also recorded four gospel records.

In 1966, Gatlin went off to college – studying English and law at the University of Houston. In 1971, he auditioned for Elvis’ backup group, the Imperials. Though he didn’t get the job, he met Dottie West. After he sent her several songs to listen to, West sent him a ticket to Nashville, and introduced him to Kristofferson, which led to him meeting a record executive, resulting in his first record label.

In 1975, Steve and Rudy Gatlin moved to Nashville and were singing backup for Tammy Wynette. They joined their brother to form Larry Gatlin & the Gatlin Brothers in 1976. From that point on, the band had several chart-topping hits, were inducted into the Grand Ole Opry and won several country music awards.

For more information about Gatlin, visit his website at http://www.gatlinbrothers.com.

Cheril Vernon can be contacted via email at news@messenger-news.com.