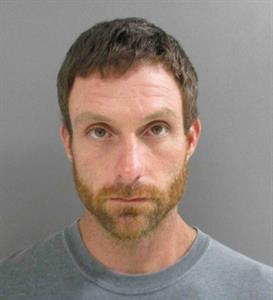 CROCKETT – While a bathroom/bathtub might be a place to seek shelter from a tornado, a Crockett man recently learned it’s not a good location to hide from the Crockett Police Department.

At approximately 8:40 pm on Tuesday, Aug. 6, CPD officers traveled to a residence in the 200 block of Lincoln Street to serve an arrest warrant on 38-year-old Justin Bruce Davenport.

The officers received consent to search the residence where they found Davenport hiding out in the back master bedroom bathroom. From there, things only got worse for Davenport.

Davenport was transported to the Houston County Jail and before he was taken into the facility, he was asked if he had any type of illegal contraband on his person. Davenport said he did not, according to an affidavit of probable cause.

“After getting Davenport booked into the jail, the jail staff proceeded to do a strip search where what appeared to be methamphetamine was found in the right fifth pocket,” the affidavit stated.

In addition to the warrant and with the discovery of the suspected illegal narcotic, Davenport was charged with possession of a controlled substance, along with bringing a prohibited item into a correctional facility, both third degree felonies.

As of press time, Davenport was still held at the Houston County Jail.