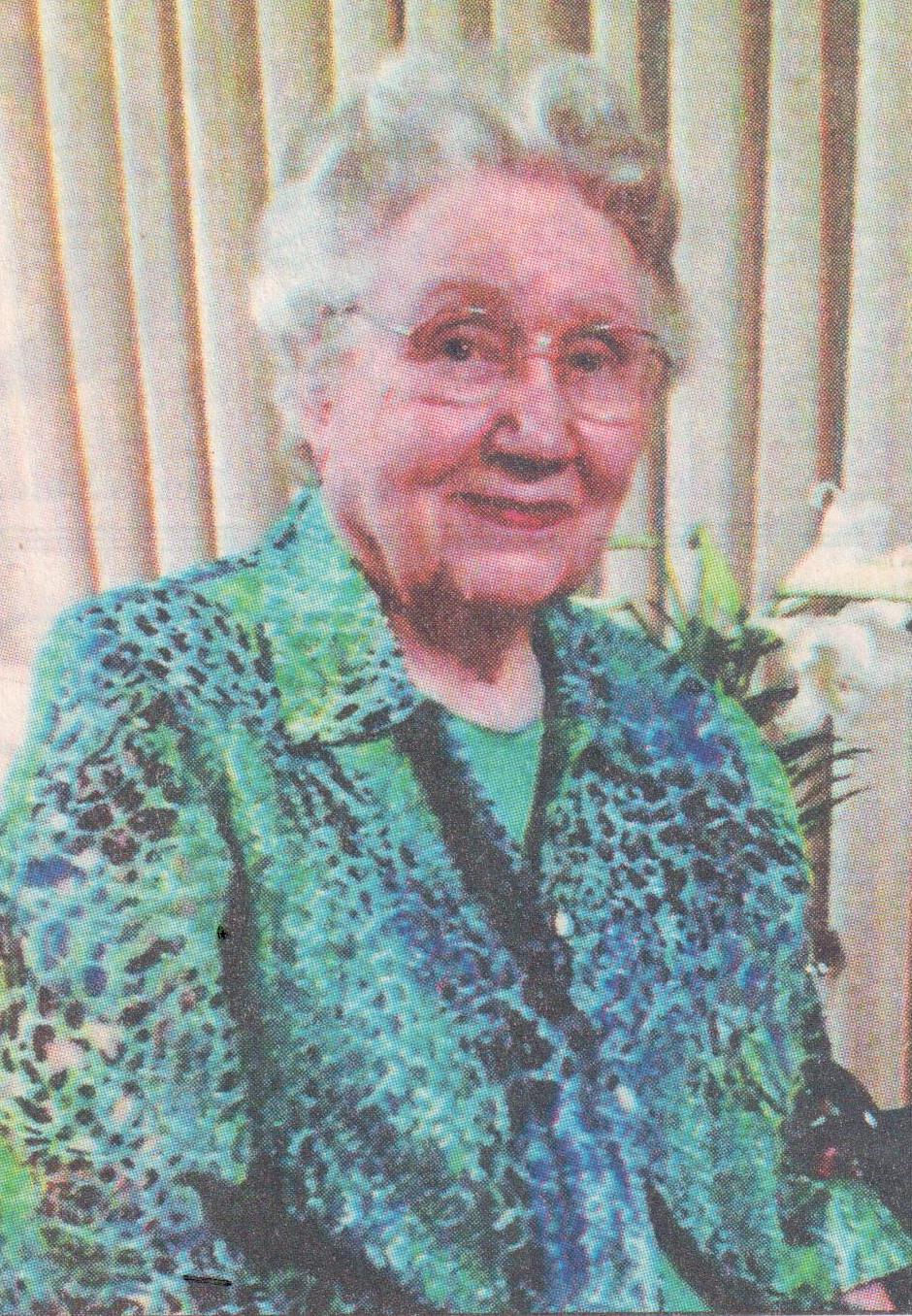 Berniece B. Beeson, age 98, of Crockett died October 15, 2017 at her residence in Crockett. She was born July 18, 1919 in Clay County, Texas to Vade. M. and Estelle Burkett. She received her education at Belleview and Henrietta Schools and Texas Tech University.

She taught school for a brief time and concluded her working career as an insurance secretary for thirty-five years with the Sanford Agency in Lubbock where she held the title of vice-president.

They moved to Houston County upon retirement in 1981. She was married to Paul Garvin Beeson in 1997 and resided at 100 Rosewood, Crockett until her death.

She was a member of the First United Methodist Church, Builders Class and Dell Gus Circle. She served as docent at Monroe-Crook House for a number of years.

She was preceded in death by her husbands, J. D. McCaskill and Paul Garvin Beeson; parents, Vade and Estelle Burkett; four sisters; three brothers; one niece and one nephew.

Services for Berniece B. Beeson were held Wednesday, October 18, 2017 at 1 p.m. in the First United Methodist Church with Rev. Malcolm Monroe officiating. Interment followed in the North Creek Cemetery in Leon County. The family received friends Wednesday from 11 a.m. -1 p.m. prior to service. In lieu of flowers, memorial contributions may be made to the United Methodist Church Building Fund. Online condolences may be made at www.callawayallee.com