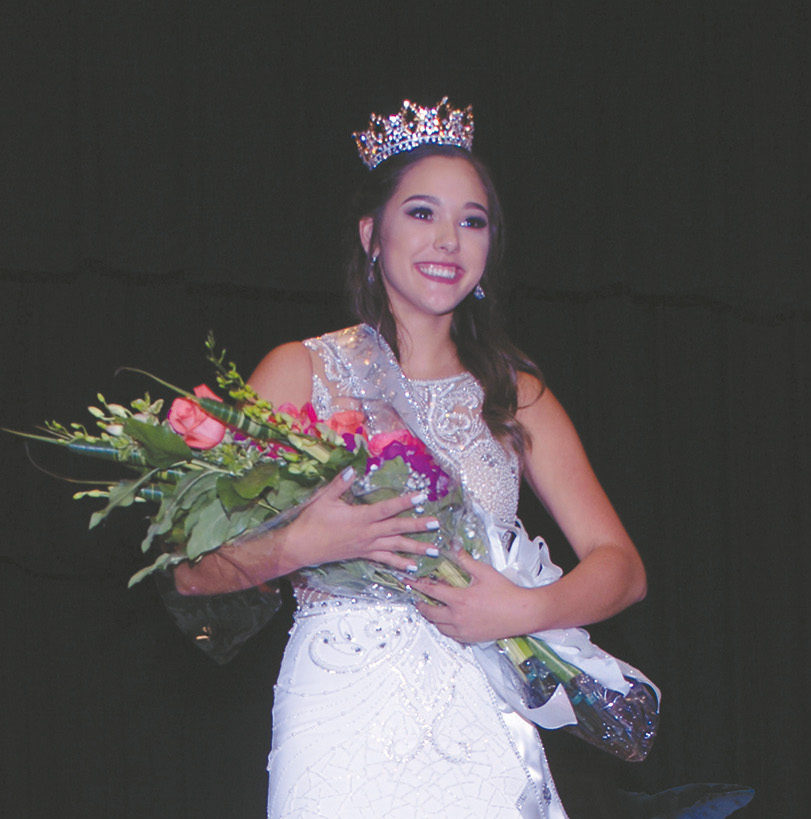 GRAPELAND – Following all the accolades, pictures and ceremonial duties befitting a member of royalty, the newly crowned 2017 Peanut Queen sat down with The Messenger to discuss her coronation, on Monday, Oct. 16.

Asked to describe the days leading up to the pageant, the 2017 Peanut Queen said, “It didn’t start getting really stressful until last Monday. We went to Palestine for a radio interview and then right after that we went to Tyler – I believe it was KETK – for a TV spot.”

Conner said after the TV experience, the eight girls returned home to Grapeland to continue practicing.

“Then we practiced the next day and then on Wednesday we had a full dress rehearsal. That was stressful because it was the first time we seriously went through everything. Right after that, I had to rush and go to the bonfire and cheer there. Thursday was a free day but all I could think about was the pageant!” Conner said.

Friday rolled around, the 2017 Queen explained, and it was a day chock full of activities. Between the pep rally, being a member of the Homecoming Court and cheering at the football game, by the time Saturday arrived, “… I was so tired! I had to get up at six and get ready and be on my float by 8:20 a.m.”

Once the parade ended, Conner said she had to go home, change and be at the Grapeland City Park for an on-air interview at the bandstand.

“Then, I went straight to Mrs. (Kelli) Boyd’s house to get ready for our 4 p.m. interview with the judges. That was our formal interview. The judges were a lot nicer than I thought they would be. There was one lady who was stricter than the others but overall they were really nice and easy to talk to,” she said.

“After that, I started getting my makeup done and before I knew it, it was 6:15 p.m. We were like, we need to get going, but my hairdresser was still working on my hair!” she exclaimed.

As the pageant got underway, Conner said she got through the physical fitness part of the show but started to get very nervous as other portions of the coronation loomed.

“I had to tell myself, ‘This is just like practice.’ I had to act like here was no one in the auditorium but at the same time I had to act like everyone was there so I didn’t half-way do anything. It was really hot and stressful the whole time but overall, it was fun,” she said.

Despite the stress and having to rush from place to place, Conner said she became closer with the other seven contestants.

“We were all friends before the pageant, but now I know a lot more about them and how they are in stressful situations. Jenni Lovell – she kept me calm the whole time. Even though she was stressing out, she was the one who always brought me back down to Earth,” she said.

One area she said she didn’t stress over was her talent.

“I’ve gone over that so many times. I did a lyrical, contemporary dance that I choreographed myself. I also enjoyed not being interviewed on stage. It was easier to talk about myself and introduce myself rather than talk about the most influential book that I have ever read,” Conner said with a laugh. 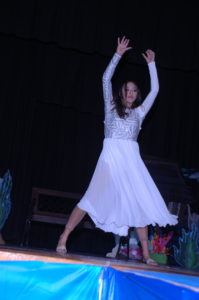 The most stressful part of the whole evening, according to Miss Grapeland Noon Lions Club, “… was standing there and waiting. Everyone was so different this year, I had no expectations about who would win. It was even more stressful standing there when they started announcing fourth runner-up and then third. Whenever they got to the Peanut Queen announcement, I thought I’m either going to win it all or lose it all. I was leaning more towards losing it because I had been stressing the whole time. I didn’t think I had done as good on my talent as I could have and I didn’t think I spoke as well as I could have.”

When her name was called Conner said she was floored.

“I was like ‘Oh, my gosh!’ The first thing I thought was ‘Wow!’ I was confident but not enough to the point where I thought I would win. I thought it could be any of the girls. When they announced I won, I almost started crying because I saw my mom start crying. It was also an instant stress reliever but at the same time I was overwhelmed,” she said.

Asked to explain what she meant, Conner replied, “I don’t really remember what happened after that, but I do remember I walked like I was supposed to and then I walked back to my spot. I couldn’t believe it. It didn’t really hit me until the next morning.”

“Everything happened so fast,” she continued. “I thought it was going to take forever, but it was over before I knew it. After practicing for almost two months, that seemed to fly by. I looked at the schedule and the coronation was here.”

She said her favorite part of the preparations was the physical fitness part of pageant.

“Every single time we would go through it, someone would always do something funny. We all messed up! But then there was one day when we finally got it. That was my favorite part,” she smiled and said.

As the interview started to wrap up, Conner said she was a little hesitant to even try out for the pageant.

“I thought I couldn’t do it. I was thinking about everything I had to do but I just had to try and stay calm the whole time. I really enjoyed it though,” she said.

“One of the main reasons I did this was to be a role model for some of the younger girls who might want to do this one day. If anyone is h

esitant, I would tell them they shouldn’t be. It helps with life skills like talking in front of people and you overcome a lot of fears. It gives you the opportunity to represent and positively influence the community. I wanted to be able to represent Grapeland in a positive way,” Conner said.

Asked if she had one piece of advice to give to someone interested in trying to become Peanut Queen, she thought for a moment.

“I would tell them to remain calm and have fun. Know that you are making memories and you are getting closer to your friends. It’s not as stressful as you think it is, and in the end, you’ll be glad that you did it,” the 2017 Peanut Queen said.