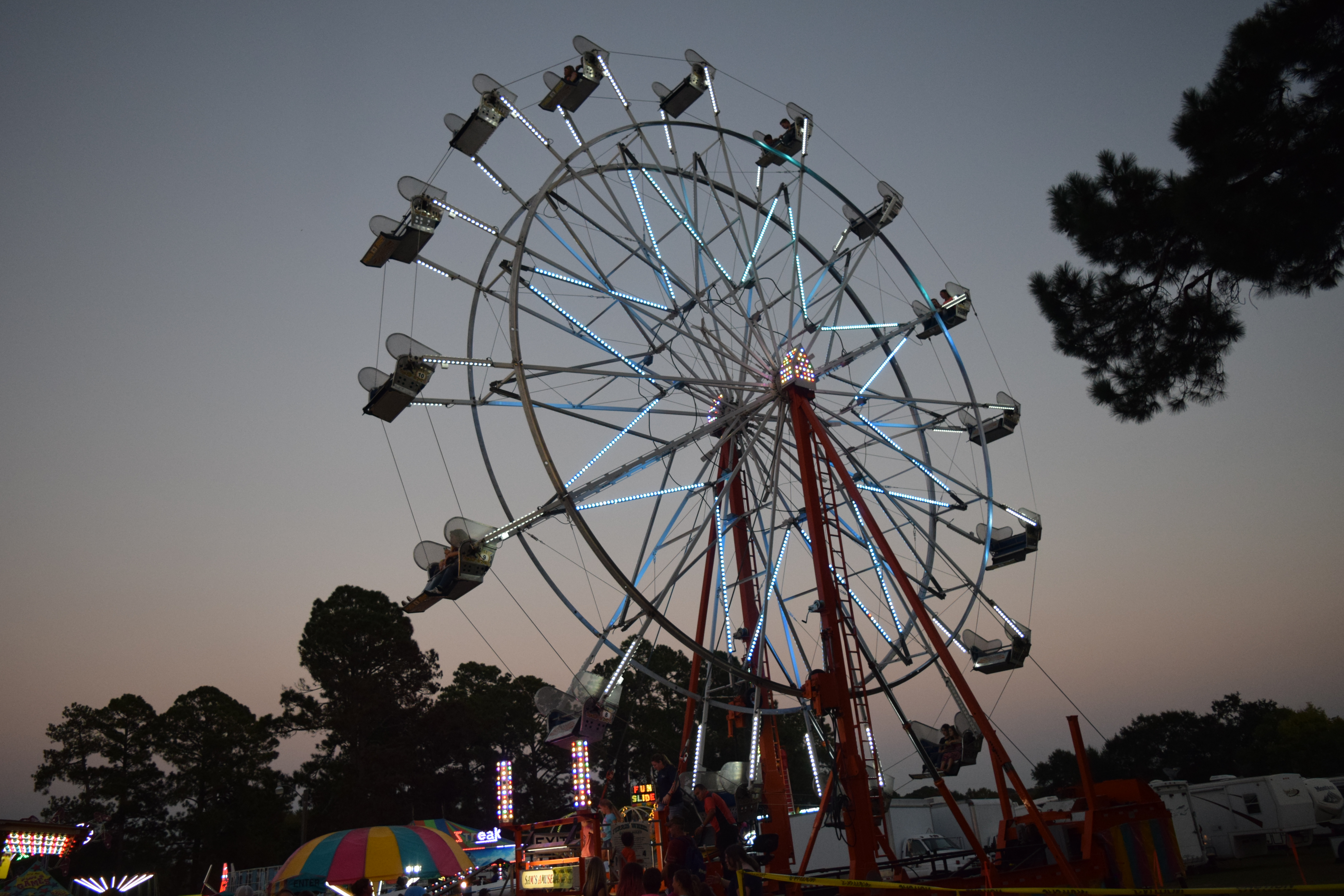 GRAPELAND – The 2017 Peanut Festival is underway! A bonfire on Wednesday night, Oct. 11 officially kicked off the festivities and was followed by Family Night at the Grapeland City Park on Thursday, Oct. 12.

As the day faded to night on Thursday, Peanut Festival attendees began to descend on the Grapeland City Park. The smells of cotton candy, peanuts and corndogs wafted through the darkening skies’ air and did battle with the sounds of laughter and shrieks of thrills for air space. 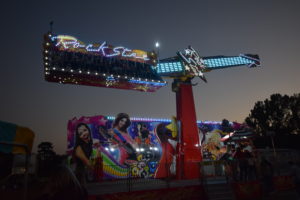 As visitors to the park wandered about the midway, one little girl named Chloe was overheard begging her dad for some more cotton candy. She promised her dad she would be “… the bestest daughter you have.”

The dad looked down at his little girl, smiled and said, “Chloe, you’re the only daughter I have

.” He then placed another order for cotton candy.

Just up the way from Chloe and her dad were two Grapeland High School seniors who were engaged in an animated discussion on whether to ride “The Rockstar.”

Both seniors requested anonymity because they did not “… want people to know we’re scared of these things.”

“I’m scared of heights, too!” one of the seniors said as they continued to try and talk each other into getting in line.

Over near the gaming area, a young angler named Mikey decided he wanted to wet a hook. With a mighty cast of nearly two feet, Mikey heaved his line into the water. When he pulled up his line, much to his delight, he had hooked two of the slippery plastic fish.

“Momma! I caught two with one cast,” he exclaimed. 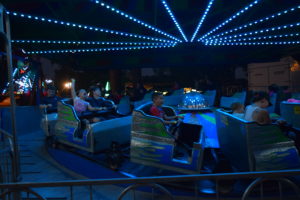 Just behind Mikey, the future professional fisherman, was a 23-year-old guy from Palestine named Dave. Dave was in deep at the basketball game. He remarked he was already down $20 but was “… gonna play till I hit one.”

He dropped another $5 for four shots and proceeded to miss all four. Fortunately for Dave, the carnival worker tending the game had a heart and gave him an extra shot.

Dave took a deep breath, bent his knees, took aim at the hoop and flicked his wrist. The ball sailed high into the night time sky above and when it descended, it hit nothing but the bottom of the net.

No, really – the shot didn’t make it to the rim. It only made it far enough to literally hit the bottom of the net.

The Peanut Festival continues through this Saturday, Oct. 14 and will conclude with the crowning of Miss 2017 Peanut Queen.