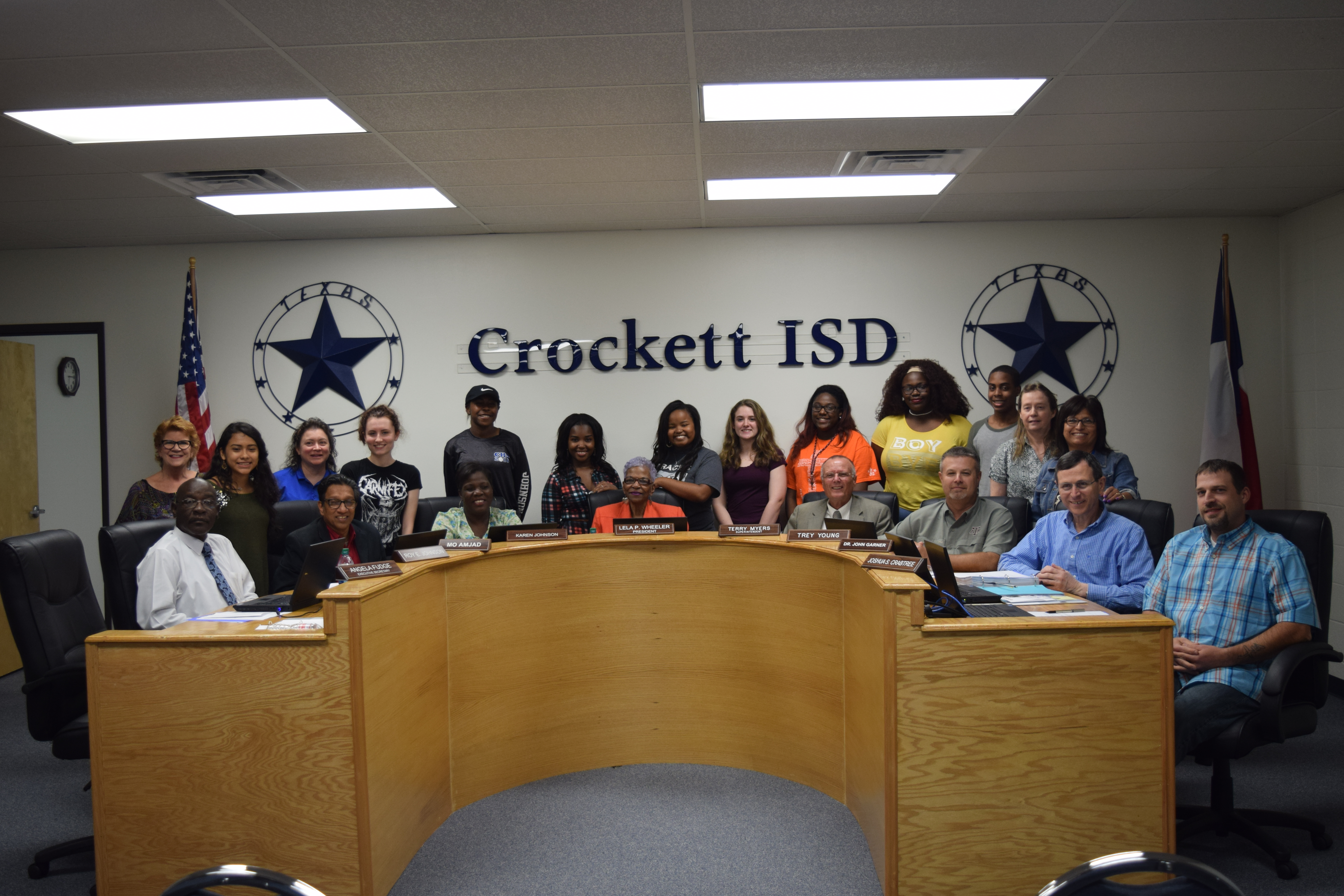 CROCKETT – As the Crockett ISD Board of Trustees meeting held on Monday, April 24 got underway, Crockett High School UIL participants were recognized for their efforts in the recently held competitions.

UIL Academic Coordinator Pamela Randall informed the board the students had done exceptionally well and several would be advancing to the regional competition.

“I think it was a wonderful year. The kids really put in a lot of time and effort, as far as their studies and tutorials. They came after school and before school because we don’t have a (UIL) period for that. Some of them have jobs so they really have to be dedicated in order to achieve and these kids really did achieve. Overall, they won 17 medals,” Randall said. 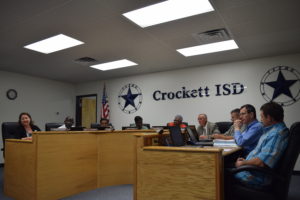 ed the trustees about the Community Eligibility Provision.

“
Basically, this means that everyone eats free within the district because we are past the 85th percentile – in fact we are at 88.8 percent – for free and reduced price lunch. WE will again be eligible for the program again next year,” the superintendent said.

The next area covered by Myers concerned Administrative Assistants Week.

“I want to congratulate all of them for doing the job they do for our principals, assistant principals, for our assistant superintendent and for your superintendent,” Myers said. “We really appreciate the job that you do because you are the first face many people see and second, this district is funded by the stuff you input. And number three, you are just great people.”

“Thanks very much for what you do. We couldn’t exist without you,” he said.