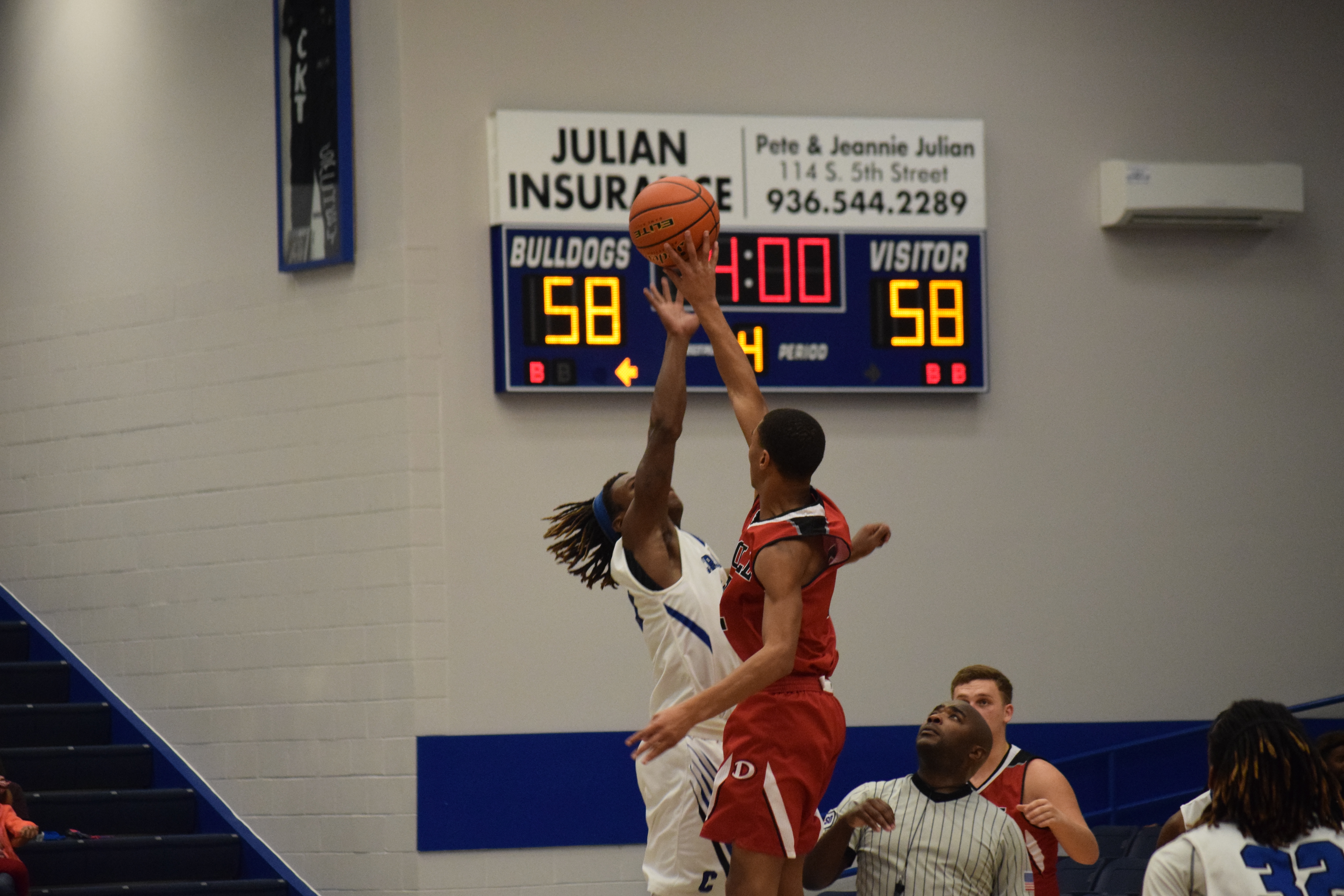 CROCKETT – While it wasn’t exactly the way they wanted the Houston County Tournament to end, the Crockett Bulldogs did manage to stage an impressive fourth quarter comeback to defeat the Diboll Lumberjacks by a final score of 74-67 and win the tournament’s Consolation Game.

The Dawgs trailed by 10 in the final minute of regulation, but a huge comeback, capped by a put back shot from Harvey Stewart tied the game and sent it into overtime.

After overcoming the double digit deficit, Crockett dominated the overtime period on both ends of the court, held Diboll to seven points and wore down the Jacks to claim the Consolation title. 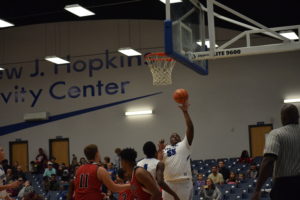 at the end of the first period. Not only were they knocking down shots from the outside, but it seemed those shots that clanged off the rim were corralled by Stewart down in the post.

Stewart scored seven points in the first eight minutes of play to lead the Crockett scoring attack. He was joined in the scoring column by B.J. Anderson with five points and Jurmond Wooten with four. A.J, Owens knocked down a three while Tyrese Anderson and Lucky Daniels chipped in two.

The Jacks were led by Herbert Gums and Cade Harris with six apiece while Dominique Guy dropped in four.

As hot as Crockett was in the first quarter, they were just as cold in the second. Wooten scored five for the Dawgs and Drew Corry added a three pointer but that was it for the home team in the second period of play as the Dawgs managed to hold on to a one point lead at the break.

Diboll, meanwhile, began to get on track on the offensive end of the court in the second quarter. Harris nailed two shots from behind the arc to go along with a two pointer for eight in the period. Chris Berry, Jeremiah Settler and Gums all had two to join Harris in the scoring column as the Jacks cut the score to 31-30 before the two teams went into the locker rooms at halftime.

When play resumed in the third quarter, Diboll wasted little time capturing the lead as they held Crockett scoreless for the first 3:32 of the period. Harris had five for the Jacks and was joined by Guy and Settler who both connected on three pointers. Berry and Gums added two apiece while Jucory West also had a bucket in the quarter.

The damage could have been much worse but Wooten scored four and B.J. Anderson nailed a trey to help keep the score close. A trio of Bulldogs – Daniels, Owens and Marcus Smith – also helped the Dawgs’ cause and scored two apiece to make the score 47-44 in favor of Diboll, with one quarter left in regulation.

The fourth quarter saw the Jacks push their lead out to 10 before the Dawgs began to mount their comeback. Corry hit a long range bomb to help jump start the Crockett offense with time running down.  Wooten and B.J. Anderson also came through from behind the arc while Daniels added a two point bucket. Owens made one of two from the line and as mentioned earlier, Stewart hit the shot to tie the game and send it into overtime with the tied at 60 at the end of regulation.

The Jacks got six points from Harris, three from Berry and two from Guy to account for the fourth quarter Diboll scoring.

With a push from the home crowd and momentum on their side, Crockett dominated OT. Wooten had five in the extra frame while Tyrese Anderson added four. B.J. Anderson hit his fourth three ball of the game while Daniels and Stewart both scored two to make the final score 74-68.

Diboll was led by Guy with five in in the extra frame while Harris converted a pair of free throws.

For the game, Diboll was led in scoring by Cade Harris with a game-high 27 points. Dominique Guy had 16, Herbert Gums scored 10, Chris Berr 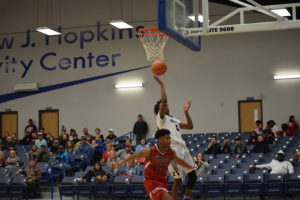 Crockett was led by Jurmond Wooten with 21 points and B.J. Anderson with 14. Harvey Stewart put in 11, Lucky Daniels went for eight, while Tyrese Anderson. Drew Corry and A.J. Owens all had six. Marcus Smith added two to round out the Dawgs’ scoring.

Following the game, Crockett Coach Kadrian Bryant commented on his team’s performance. “We made shots early on and we stayed with those guys and told them to keep shooting it. Finally, we began to hit shots again towards the end of the game. Drew Corry came in a hit a big three pointer for us to put us in a position to tie things up and send it into overtime.”

“I’m pleased with the effort,” Bryant said. “They stuck it out even when we were down by 10 with under a minute left to go. That was a big positive and we have to build on that.”