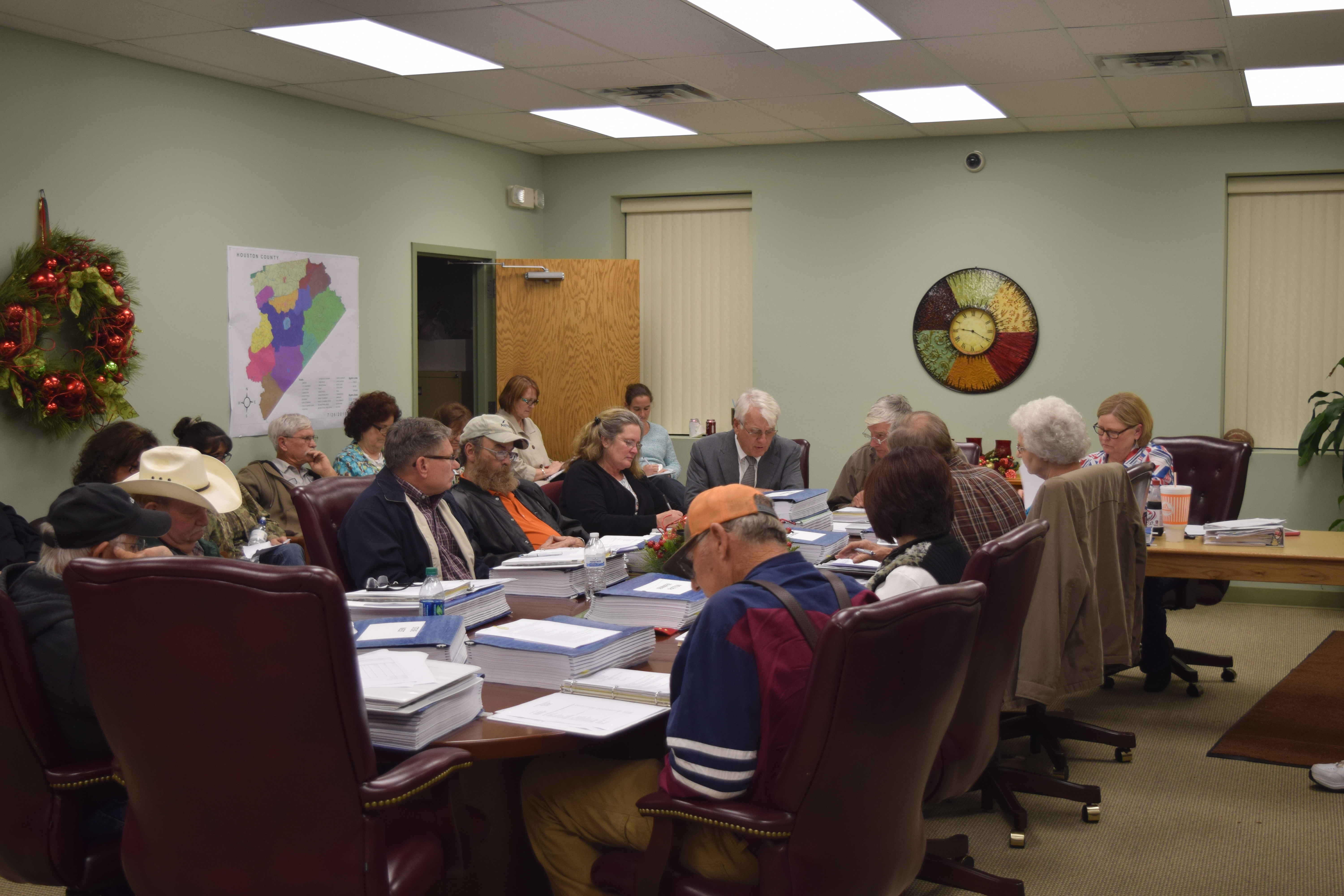 (EDITOR’S NOTE: This is the second part of a series on the CWSC. The first article examined the accountability of the CWSC Board of Directors and was published in the Dec. 18 edition of The Messenger. The second part of this series will address the responses given by the CWSC regarding questions previously asked by shareholders.)

HOUSTON COUNTY – During the monthly meeting of the Consolidated Water Supply Corporation (CWSC) Board of Directors meeting held on Tuesday, Dec. 13, shareholders in the corporation wanted answers to questions which had been asked in previous meetings.

In the first part of this article published last Sunday, it was described how several shareholders had called the accountability of the board into question during the public forum part of the meeting.

The questions did not go away nor did the tension in the room dissipate when the CWSC Board retired into executive session at 6:42 p.m. In part two of this series, the immediate aftermath of that closed door session will be examined.

When the board emerged from behind closed doors after approximately two and one half hours, CWSC Board President John Massingill announced, “We have held or evaluation with (CWSC Manager) Mrs. (Sherry) Reed. The next item concerns discussion and action regarding response to prior member inquiries.”

No further discussion was held on Reed’s evaluation during the remainder of the meeting.

Before any responses were given, CWSC Attorney Patrick Linder said, “Mr. Massingill, I had proposed an executive session on this item because I was perhaps anticipating a board approved communication to the members. That communication to the members on the retirement plan has not been completed. I have not completed that because there are some legal subtleties that I had been meaning to address. I plan to have a response for the members on Jan. 14, but we will not address that tonight.”

The attorney then asked Reed if she would read from a prepared statement concerning questions pertaining to overtime pay and nepotism which were brought forward during the CWSC meeting held in November.

“CWSC has paid a considerable amount of wages and overtime and the directors have encouraged the general manager to evaluate options to reduce this overtime,” Reed said.

Prior to 2005, CWSC had checked its water plants three days a week but in that same year, the CWSC received a notice of violation from the Texas Commission on Environmental Quality (TCEQ). The notice instructed the corporation to check the plants and read the meters on a daily basis, Reed said.

“During 2005 and 2008, CWSC checked the plants five days a week and estimated the usage on the weekends. The TCEQ issued a notice of violation which instructed CWSC to inspect the plants every day, including holidays,” Reed said.

In response to the 2008 TCEQ violation, Reed said she brought the matter in front of the Board of Directors as to whether CWSC should hire three more operators, buy three more vehicles or pay existing employees the overtime. She said the board agreed to pay the existing employees the overtime instead of hiring more people and buying more vehicles.

She added once the calculations had been done, it appeared the cost for overtime expenses was less than the cost to hire new personnel, provide benefits and purchase new vehicles.

The next item addressed by Reed concerned allegations of nepotism at CWSC.

The general manager said the corporation could install a SCADA System but that would not eliminate the need to check the water plants on a daily basis.

“SCADA” is an acronym for “supervisory control and data acquisition.” The SCADA system is essentially a distributed computer system used by operations and management for process monitoring and automation.

In one specific instance, Reed said inquiries had been made about the employment of an employee’s spouse and added the couple was not married at the time the spouse was hired.

Reed said she reported these hirings to the board and when the nepotism policy was implemented by CWSC, the policy did not require the employees to be discharged.

Following the meeting’s adjournment at 10:15 p.m., Massengill was asked if he could comment on Reed’s evaluation.

When asked specifically if the review was positive or negative, Massengill declined to answer.

In part three of this series, the unanswered questions of CWSC shareholders who requested to be placed on the agenda will be examined.